It's Matt Patricia's Fault the Lions Are Such Losers -- Freep 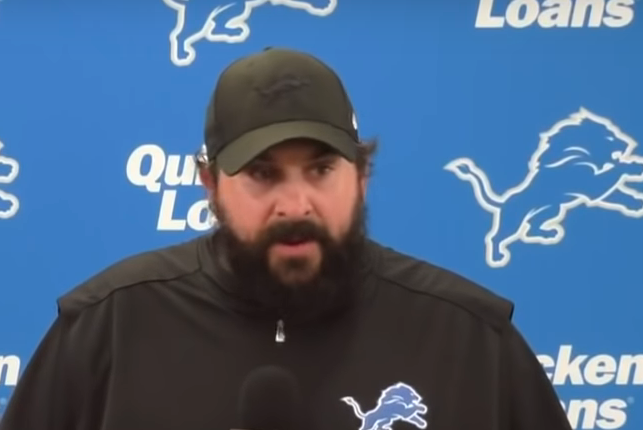 Detroit Lions Coach Matt Patricia was the defensive coordinator for the winning New England Patriots for six years before coming to town. So, you might think the Lions would have a pretty good defense.

But that's not the case as we watch opponents week after week march up the field with the ball nearly every set of downs.

With the Lions pretty close to being out of running for the playoffs, Detroit Free Press writer Shawn Windsor points the finger at Patricia for the Lions' losing ways.

It was he, the team’s coach, who couldn’t figure out a way to stop Oakland. And it was he who hasn’t been able to get this defense right all year...

He deserves plenty of blame for fielding a defense that’s worse than it was a year ago. That defense is why the Lions are 3-4-1 and just about out of the playoff race.