Whistleblower: UM-Dearborn covered up sex assault of student by teacher 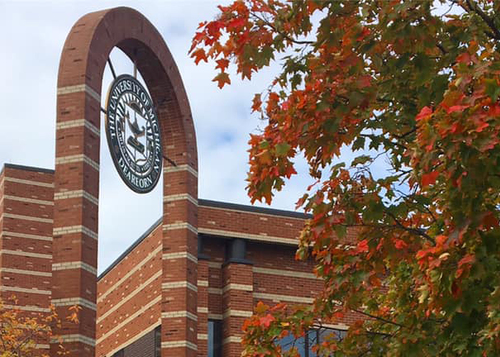 A whistleblower accuses the Univerity of Michigan-Dearborn of botching the investigation of a sexual assault by a lecturer against a student, then trying to cover it up.

Campus police filed the case as closed, The Detroit News reports, and referred it to the Wayne County Prosecutor's Office in a log sheet in August, while Dearborn police awaited DNA test results.

Though the incident was reported in March, a warrant was not filed until Oct. 25, a couple of weeks after the paper inquired.

The whistleblower, described as a university employee "who has direct knowledge of the investigation," says in a letter to prosecutors that the school let the lecturer resign, rather than be terminated under the school's sexual assault policy.

"[The instructor] did not return to the classroom, or to campus," after the incident was reported, says spokesperson David Kettenbeil. "He was suspended on March 4, 2019. [He] resigned from the University on March 8, 2019, before the investigatory processes were complete.

"[The employee] was a lecturer covered under a collective bargaining agreement that entitles employees to due process before they are disciplined or discharged," Kettenbeil said. "The university cannot stop an employee from electing to resign before the conclusion of such proceedings."

The professor told police he had “consensual sex” with one of his students in his office, according to The News. A day later, he changed the student’s grade from a D to a B, and sent her an email that said: “The next time you want to work on your grade you know what we can do."