A sensitive topic is on the table for a public discussion this month at Checker Bar in downtown Detroit.

"Let's talk about race," says a listing for the Nov. 21 forum from 3:30-5 p.m., to be moderated by Anthony Lewis, director of community and business affairs for the Michigan Department of Civil Rights.

The Cadillac Square bar is responding to "the aftermath of its own racial bias complaint," as Detour Detroit chronicles.

The owners of downtown’s Checker Bar fired a white bartender on June 20, the day after a black patron complained about experiencing poor treatment, according to Matt Pollard, who directs operations for the Grand Trunk Hospitality Group. . . .

"We don't want to be perceived as a racist bar. We are deep in the Detroit community."

The patron, Wendell Fleming of Detroit, comes forward Wednesday in a city news release about the forum in two weeks. It quotes him:

"I want us as a city and community to come together and discuss what issues we have with each other in a friendly environment, so my experience doesn't continue. I would like us to rise above this conflict together so that we may improve our community."

As with the recent Founders Brewing blow-up from a now-settled lawsuit, which closed its Detroit taproom temporarily, the Checker incident reflects "common frustrations that white-owned 'New Detroit' businesses can be unwelcoming to long-time residents of the majority black city," Nina Misuraca Ignaczak writes in Tuesday's newsletter.

Though the burger bar, which opened in 1954, is hardly a New Detroit startup, it changed ownership in 2014. David Gregory and Timothy Tharp bought the family business from founder Harry Monroe, then in his 90s. Checker was being run by his daughters, who were in their 70s.

Tharp addresses the five-month-old situation in a long Facebook post a few days ago. "It's time for all to come together, he writes. The co-owner also says: 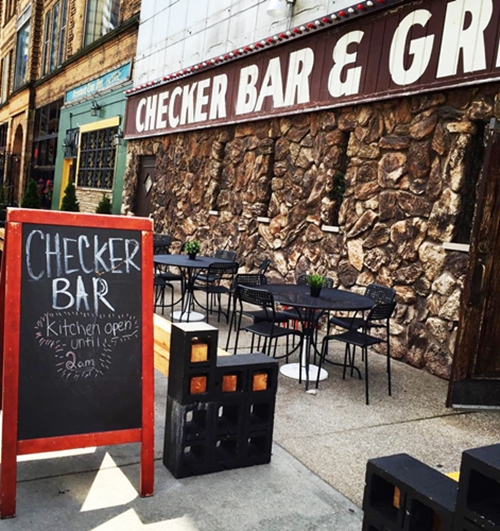 "The bartender mistreated a customer and then posted it inappropriately on Facebook. He acted contrary to Checker’s culture and philosophy."
-- Grand Trunk Hospitality Group

"Companies and people are not perfect, and mistakes will be made. If a situation arises where our staff disrespects our guests or each other, for any reason, swift action is taken. We should be judged on our response, not just the activities of the perpetrator.

"The challenge facing us all in this new age of instant communication is a heavy one. These new mediums can often divide our communities into factions. We must all strive to be a part of solutions that bring us together and honor truth and fairness more than those that pull us apart.

In a recent social media event, the Checker bar was judged based on one bartender's adverse actions. The bartender mistreated a customer and then posted it inappropriately on Facebook. He acted contrary to Checker’s culture and philosophy and was terminated immediately. Fortunately, the customer was open to an apology from the company that initiated discussions about how to redirect a negative to a positive. 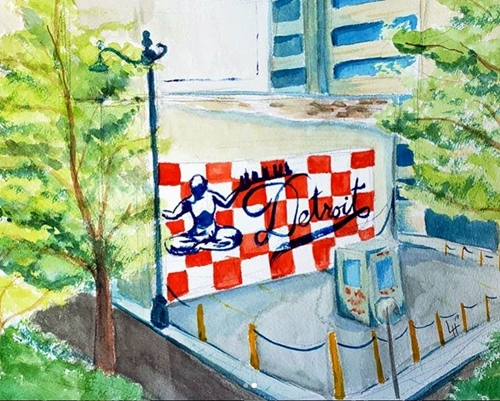 Dean told Detour: "Instead of filing an official complaint, he wanted to sit down and talk to Checker Bar."

"We're going to engage in a discussion about race in a time where the city of Detroit is changing," Dean said about Checker Bar's public event, calling attention to the influx of whiter, wealthier and newcomer residents to the city’s greater downtown area.

"You're seeing multiple generations and diversity of races and people from different backgrounds operating in a space that historically looked a little bit different,” she added.

For his part, Tharp of the ownership group hopes other downtown businesses will host similar discussions.

"This conversation was waiting to happen," Tharp told Detour. "I don't think anyone realized there was so much gasoline when the match was lit.

"A lot of people have a lot of strong feelings that we weren't even aware of. Let's get together, let's make this a learning experience to bring the community together and build a stronger community."

Registration isn't needed to attend the Nov. 21 discussion. For more information, contact the Detroit Office of Civil Rights, Inclusion and Opportunity at (313) 224-4950.