Detroit Institute of Arts to seek millage re-up in March 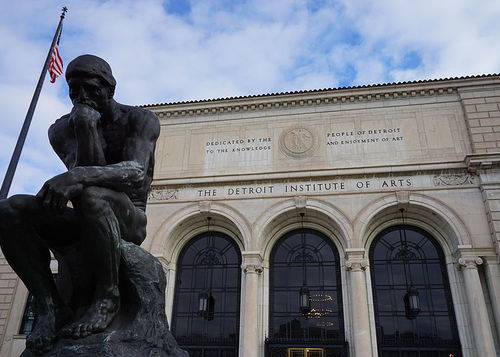 Election Day is over but Metro Detroit voters already can start weighing whether they want to approve another millage in four months for the Detroit Institute of Arts.

The museum will ask Wayne, Oakland and Macomb voters to renew a 10-year millage on property owners, The Detroit News reports. That's even though it claimed in 2012 that the museum would be self-sufficient after the tax expired.

The current 0.2-mill, 10-year property tax won't lapse until 2022, but the museum has decided to act during a presidential primary, rather than wait for an off-year ballot when its prospects might be dimmer.

Defending the decision Tuesday, DIA Director Salvador Salort-Pons said, "The millage has changed the culture of this organization. In the past, the museum mostly looked inwards. Now we look outside the museum's walls. We play a much bigger educational role. We've become a tool for the community."

Furthermore, he added, Detroit's 2013-14 bankruptcy upended all the museum's plans.

"In 2012, management didn't know the city of Detroit was going to go bankrupt," Salort-Pons said, "and that the museum itself would have to raise $100 million to give to the city," as part of the so-called Grand Bargain.