Dawsey: Why does 'Harriet' need a white savior? The real Harriet didn't

The author, a freelance writer, is a contributing columnist for Deadline Detroit.

In real life, the black woman they called Moses never needed white saviors to free herself – or hundreds of other enslaved blacks — from the bondage of American slavery. 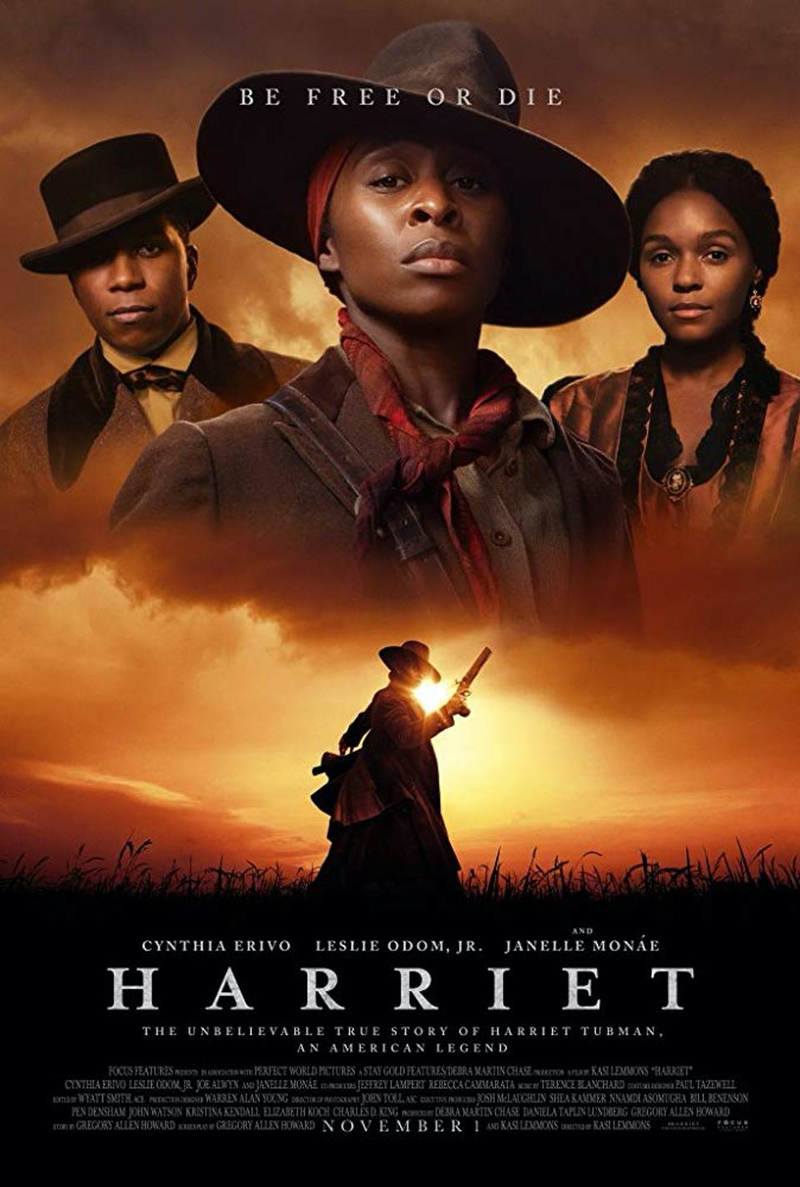 Armed with little more than cunning, iron will and a pistol she had no reservations about using, Harriet Tubman spent more than a decade ferrying scores of black men, women and children away from the dehumanizing brutality of plantations and cotton fields and into new lives as free folk.

Sure, there were white abolitionists who, as part of the Underground Railroad, aided Tubman’s mission. And they deserve their propers. But in the end, it was Moses who delivered her people to the Promised Land. Real-life history doesn’t dispute this.

So why does it seem that Hollywood, yet again, has decided to fit Tubman’s life story -- "Harriet," which opened last Friday -- with one of the most offensive and shopworn tropes in American film?

A good portion of the outrage stems from one of the starkest scenes in the film, when Tubman’s former enslaver — a white man who, by some interpretations, harbors a weird love/hate obsession with Tubman — kills the movie’s main villain, a slave catcher who hunted Tubman during her many flights to freedom.

A slave catcher who had been hired by that same enslaver.

A slave catcher who had never existed in Tubman’s actual life.

A slave catcher who was himself black.

As historians and other observers have pointed out, there were virtually no black men (or women) working as slave catchers in the South, given that they would’ve been as likely as their quarry to be captured, chained and shipped off to a plantation.

Nonetheless, this is the villain that “Harriet” weaves out of whole cloth— Bigger Long (try considering that name without conjuring racist implications about black male sexuality), an amoral, money-grubbing bounty hunter determined to recapture the Tubman, for nothing more than cash with which to ply “white whores.”

And in a movie that has been criticized for its refusal to show the racist violence commonplace to American slavery, viewers get to see the white slavemaster who hires Long shoot him in the head as he closes in on Tubman, literally “saving” Harriet.

Who is complicit here? (Not us.)

Here’s how Shadow and Act, a website devoted to highlighting black performers and entertainment, explains the scene: “Sure, the enslaver has his own reasons for doing so that aren’t at all about keeping Harriet free, and sure, the enslaver was the sole reason the bounty hunter was hunting Harriet in the first place. Still, it is unsettling to watch this enslaver save Harriet’s life from a violent Black man.”

Critics argue that the movie seems to suggest that black Americans were as complicit in their own subjugation as white slavers, overseers, paddy rollers, politicians, corporate titans and clergy who formed the real institutional foundation for America’s original sin.

I’m not here to attack the movie itself or to tell anyone what they should or shouldn’t see in theaters. Much of the talent involved with the film is brilliant and has forged wonderful, respectable careers outside of this one movie.

Further, Tubman was a real-life hero. So it’s not hard to see why black people would be drawn to a movie about her. I can also respect that a number of others, many of them freedom fighters and blindingly smart critical thinkers in their own right, walked away from the movie with distinctly different impressions. (For instance, noted professor/feminist/activist Brittani Cooper tweeted: “For there to be a white savior, y’all, the white person would have to had saved her. He was hunting her. He didn’t want to save her. And she escapes. She saves herself.”)

But while I respect those interpretations, I can’t downplay many black moviegoers’ frustration with the idea that Tubman’s life story had to be fictionalized in such a way that a black man who never existed became one of her worst antagonists, that his efforts had to be thwarted by the same white man whose family held hers in bondage and that the evil that black people suffered daily under American slavery seemed soft peddled.

This isn't a documentary

Nobody expects absolute historical accuracy in a feature film. Directors and screenwriters take liberties in the name of art all the time, and there’s nothing wrong with that.

For those critical of the “white savior” trope, another big issue is that it never seems to end. From "Freedom Writers" and "42" to "Glory" and "Green Book," black people have for decades seen what should be their stories twisted into knots so that Hollywood can find ways to shoehorn white saviors (and sometimes their cinematic inverse, the magical Negro) into the picture.

Think the white FBI agents in “Mississippi Burning” or Sandra Bullock in “The Blind Side” or Kevin Costner in “Hidden Figures.”

In fact, the trope is such a tired-ass staple of Hollywood filmmaking that even white entertainers mock it.

Few expect that such criticisms will deter the movie industry from adding white saviors to black stories. After all, a prevailing belief is that white moviegoers cannot stand to fix their gaze on the unvarnished truth when it comes to the battles black people face daily as a result of racism. Hell, many of our countrymen can’t handle the actual news when it focuses on those struggles.

And while nobody should depend on Hollywood to advance the national discussion around race, neither should black moviegoers be satisfied with cinematic perversions that turn civil-rights-era FBI agents to proponents of black equality or black men into slave-era bounty hunters.

As I’ve suggested before, sooner or later, America has to learn to look on the horrors of its racist history and not flinch. Black struggles shouldn’t have to be softened for the white gaze. Black villains need not be invented to give filmgoers a false sense of multi-racial complicity in an institution wherein black men, women, children and families were the victims. And the roles of well-meaning, fair-minded whites don’t have to be puffed up or made up to tell stories that don’t belong to them in the first place.

Black lives reflect a sad, ugly, immovable truth about our nation. But it’s a truth whose existence the entire country must learn to confront, especially if we want to stand even a remote chance of being free.