Founders to Try Damage-Recovery at Detroit Taproom, Though Not for a Few Months 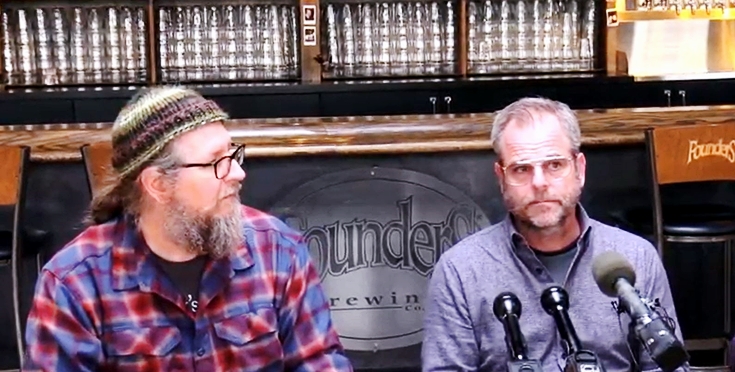 Doors at Founders Brewing's taproom in Detroit's Cass Corridor, which shut two weeks ago amid a bias lawsuit backlash, stays locked until January or beyond.

The two men who started the Grand Rapids company in 1997, sketched their plans at the Charlotte Street bar they opened two years ago. In their first Detroit appearance since the now-settled case spilled into national news, Dave Engbers and Mike Stevens "announced Thursday morning [they] will reopen the Detroit taproom in early 2020," posts Brian Manzullo at the Free Press.

Founders, Michigan's largest brewery, also said it will donate 100% of the profits from the reopened Detroit taproom to Detroit charities and community organizations through at least 2022.

"We really wanted to be a part of the historic renaissance taking place in Detroit," Founders co-founder Mike Stevens said in a statement. "We ... recognize there's room to do things better. When we reopen our doors to beer lovers in Detroit, we promise an environment that will be positive for our customers, employees and the community as a whole." 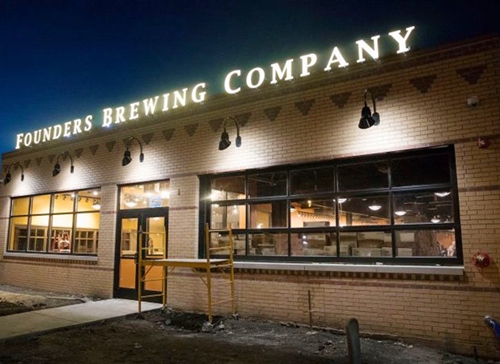 Thomas Group Consulting will help with community partnerships and assuring a diverse workforce, the partners said as they sat alongside newly hired adviser Buzz Thomas of Detroit, who served 14 years in Lansing as a Democratic senator and representative.

[Tracy] Evans, a former Detroit taproom events and promotions manager, filed the lawsuit against Founders in October 2018, alleging, among other things, that Founders tolerated a "racist internal corporate culture" and that he was fired in retaliation for complaints to HR.

Founders denied most of the allegations, though it admitted two employees used the N-word around Evans and weren't immediately fired. . . . [Last] Thursday, just six days after Engbers expressed confidence in Founders winning the lawsuit, Founders announced it reached a settlement with Evans, without disclosing the terms.