Michael Kelly, a notorious landlord known for gaming the Wayne County property auction, is back in the news. Two media reports highlight an amazingly advantageous deal Kelly made with the city of Detroit that allowed him to escape consequences for non-payment of taxes and blighted properties. 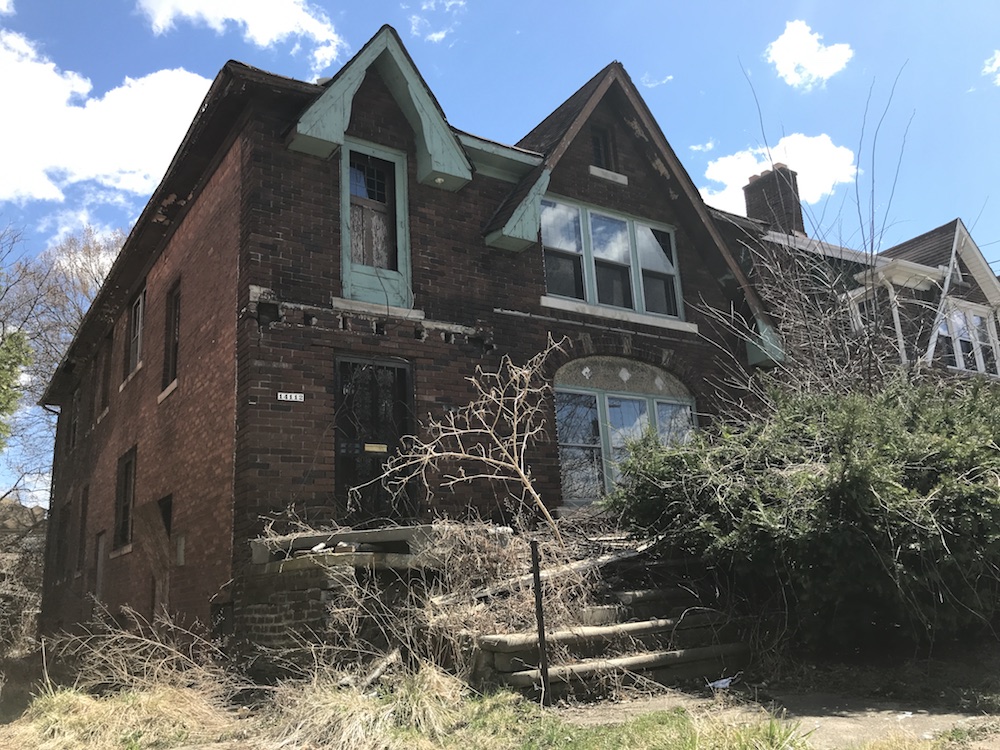 A blighted house in Detroit.

Hungry to put together the parcels needed for Fiat Chrysler Automobiles NV’s $1.6 billion plant construction on Detroit's east side, the city exchanged 15 parcels of land for five of Kelly's. But that's not all -- the city also forgave $1.3 million in property tax debt and fines.

WXYZ and The Detroit News both dropped reporting packages on Kelly this week.

Internal emails obtained by 7 Action News and interviews with tenants, highlight a series of extractive practices that utilize the annual Wayne County tax auction to obtain cheap properties and then cycle people in for profit, often with little regard for the properties, the law, or the individuals inside.

Notably, there is little evidence of oversight or an attempt to reign in the self-proclaimed speculator, with the city privately backtracking public declarations to hold the property owner accountable. In the last two years, Kelly, and associated LLCs, have been released from millions in unpaid property taxes and blight fines, 7 Action News has learned.

Man, what do you have to do to get a deal like this? Kelly is very good at picking up properties for chump change, then sitting on them until the time is right to use them as leverage. The News lays out some details:

In 2018, the city dropped 18 lawsuits and 17 blight cases against Kelly in exchange for 38 properties he gave to the brownfield authority and another 23 he transferred to the Eastern Market Corp.

Is he just a smart investor? Not exactly:

Kelly and his companies were sued last year in U.S. Detroit Court in Detroit by home buyers who accuse him of violating the federal Truth in Lending Act, Homeownership Equity Protection Act and the Michigan Consumer Protection Act. Kelly has denied the allegations in court, arguing the rent-to-own contracts are not subject to federal rules.

The lawsuit alleges purchasers believed they were buying their homes and were encouraged “to keep paying the monthly payments and to repair the dilapidated properties,” all while paying a 10 percent interest rate and property taxes.

Then if payments were missed, Kelly and his companies would try to evict them as tenants without the normal protections provided homeowners, according to the lawsuit.