An ugly public tug-of-war between critics and allies of Wayne State's leader now includes a digital petition endorsing him.

"Unwarranted public attacks are completely baseless and do nothing but hurt the university," says the five-paragraph call for support, posted Friday at change.org.

It's a response to efforts to unseat M. Roy Wilson by four critics on the eight-member publicly elected board of governors. They say in a statement this week that the president is "like a dictator who rules the university by fiat rather than an employee subject to the authority of the board. Wilson’s lack of transparency, refusal to consult the board on major university issues and pitting board members against each other." 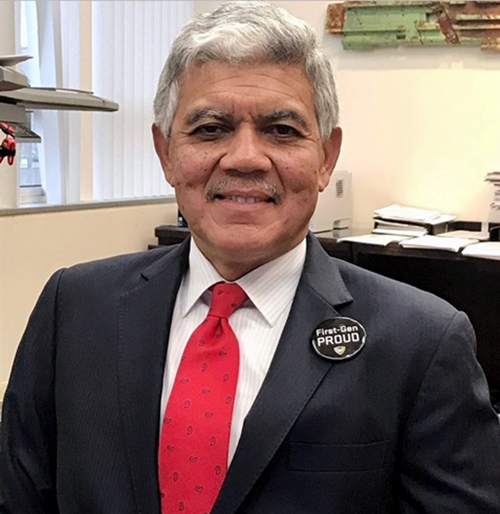 The board's pro-Wilson half is led by chair Kim Trent, who invites her 5,000 Facebook followers to add their names to the petition:

"This fight I’m engaged in is about far more than protecting Roy Wilson's job. It's about protecting the progress the university has experienced under his leadership. It's about sending a message that university board decision-making cannot be guided by individual board members' petty vendettas and personal grudges."

Wilson, who turns 66 in three weeks, was unanimously elected president in June 2013 by members on the board then. He's a first-generatioin college graduate who began professional life as a Harvard-trained eye surgeon and medical scholar. 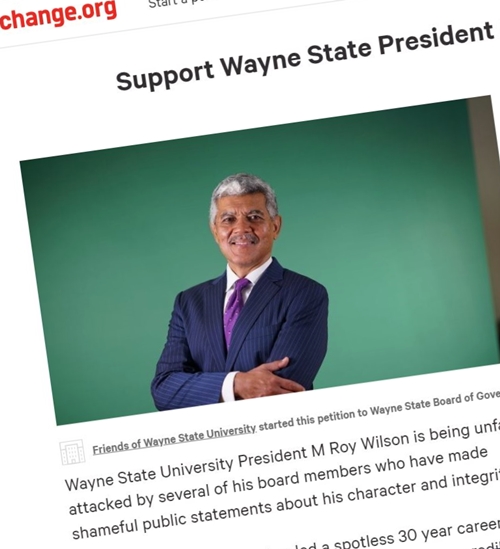 "President Wilson has led a spotless 30-year career in higher education administration," the new petition says, "and has never been credibly accused of any wrongdoing.

"He has been an exemplary leader for Wayne State, doubling its graduation rate, improving its financial status, boosting its enrollment, and leading its role in the revival of Detroit. He has conducted himself with professionalism, class and without a whiff of ethical or moral wrongdoing."

The statement, attributed to Friends of Wayne State University, criticizes anti-Wilson board members for "shameful public statements about his character and integrity" and asks them to "cease their unjustified assault." 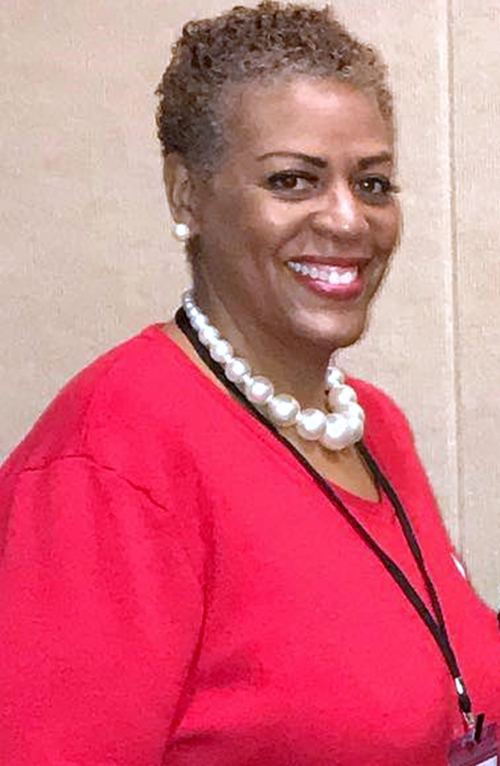 Kim Trent, board chair: "I take it seriously. I take it personally. It's not a game." (Photo: Facebook)

"More than once, I've heard my misguided colleagues complain that Roy Wilson doesn't understand that we don't work for him, he works for us. Well they’re the ones who don't understand. We all should be working for the institution.

"The institution has been very ill served by their shenanigans. As a double WSU degree-holder, I take it seriously. I take it personally. It's not a game. It's not "just politics."

"We're talking about giving first-generation college students access to social mobility. We're about giving our faculty and staff the resources to help our students cross the graduation finish line. This is serious business for serious people.

"Roy Wilson is a very talented leader. If we're foolish enough to lose him, he'll be just fine. He'll have job offers coming out of his ears. But what will we have? What top-tier leader is going to say, 'I have all the options in the world, but I think I'll come to Detroit to work with a deeply dysfunctional board. That sounds like fun!'?

"Please don't stand on the sidelines. We are Michigan's hometown university. More doctors, lawyers and judges who live and serve in Michigan are trained at WSU than at any other university. The stakes are very high. Please sign the petition. Please let my colleagues know that you are paying attention."

Trent, whose eight-year board term runs through 2020, earned a journalism degree at Wayne in 1991 and also has a master's in communication from there.

Wayne State Board Members Clash in Yet Another Conflict, Trying to Fire Roy Wilson, Nov. 5