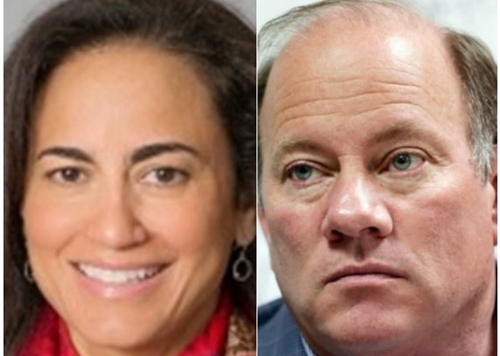 Kat Stafford and Joe Guillen of the Free Press report that the city's corporation counsel, Lawrence Garcia, is cooperating with the investigation.

..."She (Wiley) did have an intention to make those emails disappear, which we find egregious because the whole point of open government is so that people see what went on. And to have those records disappear is just not only a violation of spirit of openness but, quite frankly, it really puts a shadow over the government that's supposed to be transparent," Ha told the Free Press late last month when her report was released.

The Make Your Date program has been a focus of controversy in recent months. Intended to reduce the rate of preterm births in the city, it is run by Dr. Sophia Hassan, who apparently has a personal relationship with Mayor Mike Duggan. Critics have questioned whether the mayor gave the program preferential treatment and pressured city employees to support it.

Duggan so far has declined to punish Wiley. She and the two other employees — chief development officer Ryan Friedrichs and his deputy, Sirene Abou-Chakra — were told to undergo public records training. In statements and public appearances, Duggan downplayed the OIG findings and insisted no wrongdoing had been uncovered.

Nessel's office has been charged with determining whether any crimes were committed in the course of the probe.

Despite the program, the city's preterm birth rate is now at a 13-year high, again according to a Free Press analysis.