You know it's a strange time for politics in this country when a podcast recording -- one lawyer talking to two other lawyers -- can be booked into the Royal Oak Music Theatre. 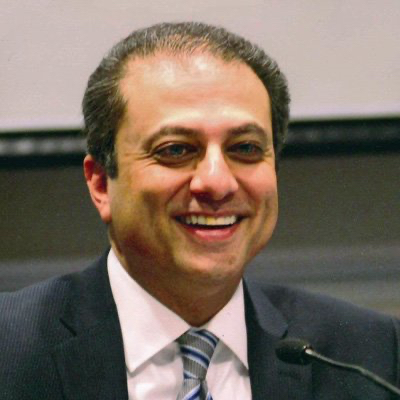 And tickets are $40-$50. And some sections are sold out for the show on Tuesday.

Preet Bharara, former U.S. attorney for the Southern District of New York, was relatively unknown outside of legal and maybe journalism circles until 2017, when he and 46 Obama appointees in his office were let go by Attorney General Jeff Sessions. He swiftly pivoted to on-air legal analysis for CNN, and started his popular podcast, "Stay Tuned With Preet," the one taping in Royal Oak.

Bharara will interview Michigan Attorney General Dana Nessel and a fellow former-U.S. attorney, Barbara McQuade, who has found her own career afterlife as a legal analyst for MSNBC.

Bharara spoke to Julie Hinds at the Free Press for an interview published Sunday:

Bharara is known for his measured analysis and calm demeanor in an overheated media environment.