Detroit's world-class art museum seems an unlikely bait-and-switch advertiser. Yet our mailboxes and screens have a campaign it vowed not to try.

That vow came in a successful 2012 appeal for a tricounty millage, which runs through 2022 and was pitched as likely the last such property tax request. 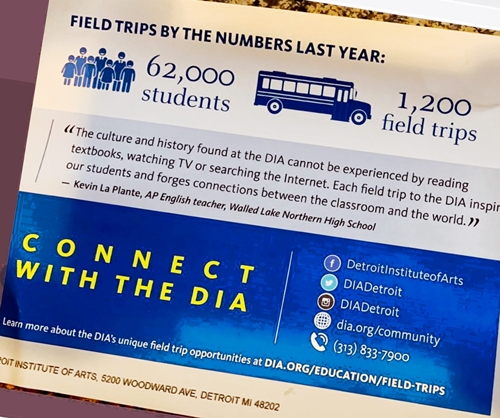 Now the Detroit Institute of Arts starts a new voter-persuasion push seeking early renewal of that 0.2-mill millage for another decade.  Museum directors decided on the turnabout last week.

Do it for the kids is the message in DIA mailings and TV spots aimed at Wayne, Oakland and Macomb residents who'll see the millage on March 10 ballots if each county's Art Institute Authority agrees by Dec. 17 to submit it to voters. Museum strategists want to piggyback on Michigan's Democratic presidential primary next spring, which will have a smaller, more selective turnout than August primaries for both parties and than next November's general election.

The flip-flop and opportunistic timing provoke a Detroit News editorial:

Promises made to taxpayers in exchange for their money should not be casually broken. . . .

The DIA will attempt to place the extension on the ballot of what will be a low and selective turnout election — Michigan's partisan presidential primary on March 10.

It's a low tactic that makes the decision to break the promise to taxpayers even more unsavory. The board knows election turnout will be light and heavily Democratic. 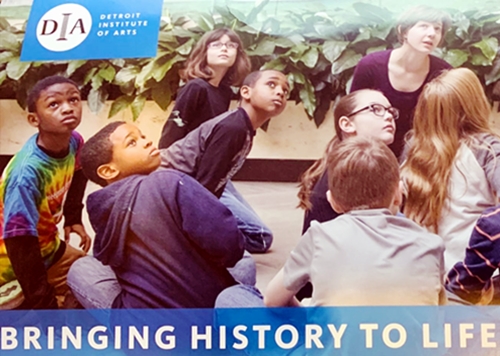 An oversize postcard reaching Metro Detroiters this weekend notes: "The Detroit Institute of Arts provides FREE field trips and transportation to 62,000 students from Macomb, Oakland and Wayne counties each year."

The flip side adds that 1,200 field trips came from 700 schools in 2018, and quotes a Commerce Township teacher about how "each field trip to the DIA inspires our students and forges connections between the classroom and trhe world."

These two new commercials with the same focus have started appearing regularly on local TV stations: