The city's selling half-price parking fines, but who even knows?

Are you a resident of the city of Detroit who misses the good old days? That would be the pre-Kevyn Orr era when a simple parking ticket for an expired meter would cost you $20, $10 if you paid it within a week or so. Given that the going rate for a lot of downtown lots was at least $10, it was often a far better deal to park on the street and just take the ticket. (Or not pay it at all, in the Detroit Way.) 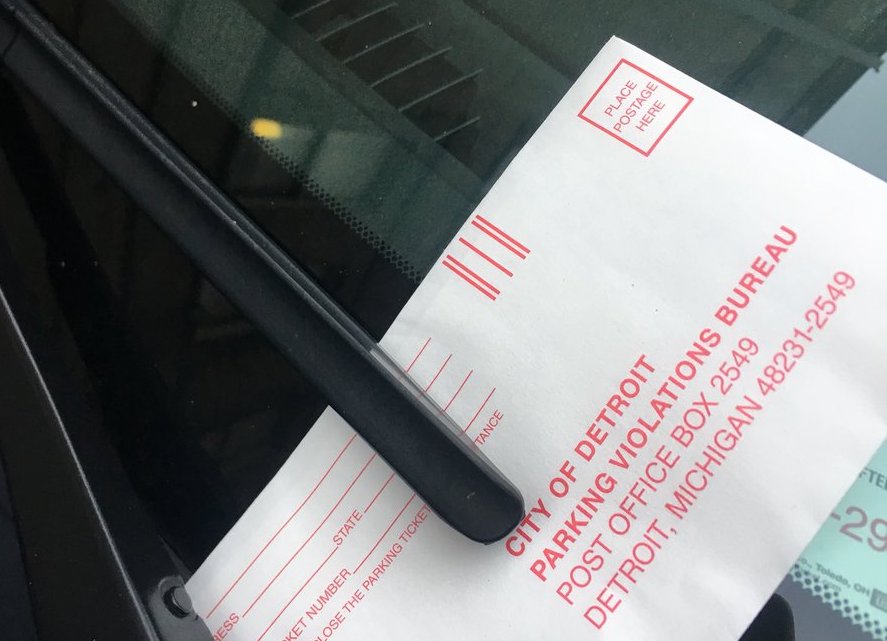 That sinking feeling when you find one of these suckers on your windshield ...

If so, we have good news.

No, it's not $10 tickets, but it is half-price tickets, which is to say half of the new $45 fine. And it's only available to city residents, not everybody, and you have to be registered on a new website and like Detour Detroit, where we read this, we have some questions.

The new ordinance went into effect Nov. 1, but it's unclear whether you have to be pre-registered to qualify (the website seems to indicate so). You also only have five days to pay, but still, it's $22.50 you don't have to pay. As a friend used to say, "If you saw $22.50 on the ground, would you pick it up?"

We also don't know why the city hasn't publicized this, but maybe we do. Twenty-two fifty, that's why.

Thanks to local good citizen Chase L. Cantrell for the tippage, too: