Last year, Republican strategist Rick Wilson published a book called "Everything Trump Touches Dies." On Thursday, a local jeweler who once sold Marla Maples' engagement ring is expected to appear in federal court on charges of engaging in what the Detroit News quotes the FBI as calling "a complex financial crime involving millionaires, blue bloods and rare diamonds." 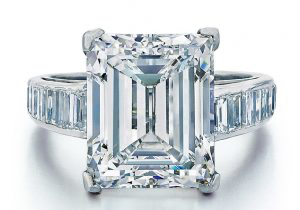 Robert Snell of The News reels in another big one:

The criminal case accuses [Joseph] DuMouchelle, a scion of the influential family that founded DuMouchelle Art Galleries in Detroit, of engaging in wire fraud involving the purported sale of a rare 77-carat diamond dubbed "The Yellow Rose."

DuMouchelle had drawn headlines in recent years for different reasons.

Joseph DuMouchelle apparently has his own business in Birmingham, DuMouchelle Fine & Estate Jewelers and a "roster of celebrity clients." Maples' ring was actually sold twice by DuMouchelle, once in 2000 following her divorce from the future president and again three years ago. It fetched $300,000 the summer before the election, up from $110,000 in 2000.

We don't know much about the crime DuMouchelle is being charged with, but if it involves anyone named T---p, you can be sure you'll hear a lot more about it.