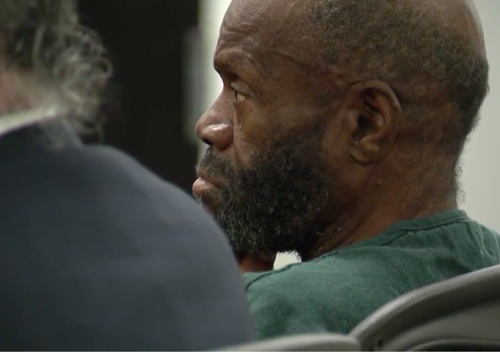 A man recently charged with the 1984 rape and murder of a Detroit girl has confessed to the crime and apologized to her family.

Fox 2 reports 72-year-old Kennith Dupree, a serial rapist, was charged last month after DNA evidence linked him to 16-year-old Michelle Jackson, who was last seen heading to school on the west side. The wrong man was initially jailed for the killing after a coerced confession, serving 17 years before winning release with help from the Innocence Project.

Dupree made a court appearance Thursday. An investigator in the case shared his confession:

"I went to the wine store and I was drinking - I saw a young girl," read Todd from the statement. "I remember having a knife - a regular kitchen knife - I came up from behind - put the knife to her neck and grabbed her by the waist. The girl was crying, saying 'Let me go - leave me alone.'"

"'She wouldn't stop yelling and crying - that's when I started strangling her. I started choking her with my hands and then I used tights that I took off of her to strangle her,'" Todd read from Dupree's statement. "'I didn't rob her; it was just sexual rage.'

"Question - "Why did you pick her?

"'I can't explain how wrong in my mind I was to take your daughter's life, my God, and perhaps in time you may forgive me but I will never forgive myself what I took from your daughter and I honestly mean this.'"

Dupree has been bound over to Third Circuit Court in Detroit.