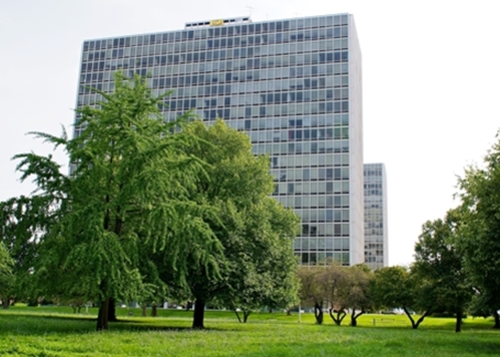 The Historic Detroit Commission has rejected a bid by the manager of the Lafayette Towers to erect a fence that would have partially blocked park access in the name of safety.

Curbed had this dispatch from Wednesday evening's commission meeting:

... several dozen residents of Lafayette Park submitted comments and spoke in opposition to the fence. Vice chair Dennis Miriani said it was the first time in his four years on the commission that he’d witnessed unanimous public opinion on a proposal.

The motion to deny was eventually passed. Some members of the commission suggested working with the HDC, tenants, and greater Lafayette Park neighborhood to come up with alternative solutions, like lighting and bollards, before submitting a new proposal.

Building management wanted the six-foot wrought-iron fence to ward off thiefs. Curbed obtained a letter to residents that said the parking lot has seen smash-and-grabs and other vehicle-related crimes over the past three years. The lot abuts the park, a shopping center, and Orleans Street. It has an attendant and security patrol.