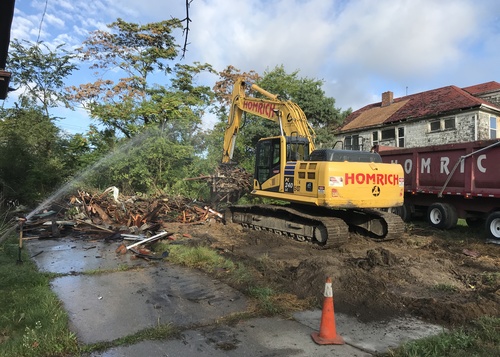 After several delays, Detroit City Council could vote as soon as Tuesday on the Duggan administration's proposal to tax Detroiters to tear down an estimated 19,000 abandoned houses that remain in the city.

But first, the body will solicit resident input on the $250-million demolition bond at a special session Monday night.

The Committee of the Whole meeting is aimed to allow more residents to provide feedback and learn about the proposal before council decides whether to approve it for the March ballot, where voters will have final say. Some councilmembers have stressed a thorough vetting of the proposal now, given that political money could influence the debate before a public vote.

The administration argues that wiping all of the city's blight is crucial to raising property values and luring new development. But opponents have questioned whether blight elimination is the best use of resources in a city with a vulnerable population that could benefit from housing and other aid.

Duggan's six-year-old demolition program has been plagued by abuse and mismanagement. The city's auditor general earlier this month released a report that found the Detroit Building Authority and other agencies failed to properly provide oversight and administer contracts and did not fully comply with some local and state laws.

Separately, a federal criminal investigation into the program is ongoing. So far it has produced two bribery convictions — one for a former demo contractor employee-turned city official. Authorities have said no more city officials will be charged.

The Monday hearing is scheduled for 5 p.m. on the 13th floor of the Coleman A. Young Municipal Center.