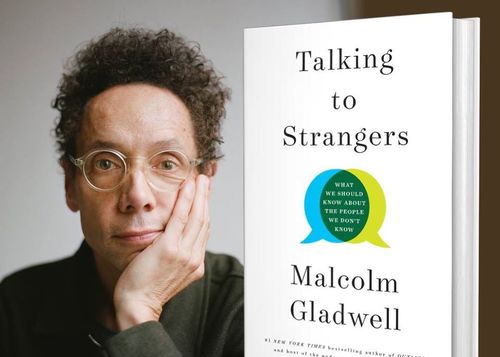 A best-selling author is catching heat for using the voices of parents of Nassar survivors without their permission to produce what those involved say is an inaccurate and unfair account of portions of scandal surrounding the jailed gymnastics coach.

Malcolm Gladwell pulled the parents' voices from Michigan Radio podcast "Believed" to fill out quotes in his new book "Talking with Strangers," according to a Free Press report on the controversy. He received permission from station management, which did not consult with the makers of the podcast or immediately follow up to see how he'd used the quotes.

Now, several months since the book's release, parents, producers of the podcast, and the station are all reportedly angry that Gladwell "used the quotes out of context to paint a picture that the parents enabled Nassar's sexual assault by staying silent."

Gladwell stand by his work and refuses to omit the quotes.

The parents are not named in the book, but Gladwell used their voices in the audio version.

The Free Press details the issues Lisa Lorincz, mother of Nassar survivor Kaylee Lorincz, and "Believed" reporters Kate Wells and Lindsey Smith have with the way Gladwell used the interviews:

"There's a reason (the parents) are episode six" of the podcast, Wells said. The first five episodes dive deeply into who Nassar was, his position in the gymnastics world and related issues to help set up the parents' section. That section was meant to answer a common question: Why didn't the parents, many of whom who were in the room when Nassar was covertly sexually assaulting their daughters, step in?

That's a complicated answer, and Lorincz doesn't think Gladwell did a good explaining it. She is particularly upset with sentences where Gladwell writes that if Nassar were drunk or had been rude to their daughters, they would have complained right away.

"Gladwell needs to acknowledge that we were mistaken about who Larry was," Lorincz said. "He needs to talk to the people who know what went on. He says the parents didn't do anything and supported (Nassar). What does that say about me as a parent? Call me and you'll get an answer about what went on. You have to be responsible, especially when you have that big of an audience."

In a letter to Gladwell, she said:

"As being someone deeply engulfed in the case from start to finish I can tell you that many of your statements are wrong! Not distorted, wrong!"

Station managers eventually joined in the disappointment, writing Gladwell that:

"We feel betrayed by the use of the audio clips in the out of context manner in which they were presented. It was our impression that the cuts would be used in a supportive manner as the material was originally presented in our podcast."

Gladwell has stood by his work, saying he presented "the same quotes in the same context as the 'Believed' podcast. I was supporting and explaining the role the parents played and why it would have been hard to speak out. The last thing I wanted to do was to make anyone unhappy." He says he didn't reach out to the parents directly because their quotes appear in just a couple of pages of his book.

The parents' voices were dropped from the audio portion of the book in October, with Gladwell reading their quotes instead. Talks between Gladwell and Lorincz are ongoing, but the author's lawyer told the mother on Thursday that Gladwell intends to keep her quotes in his story.