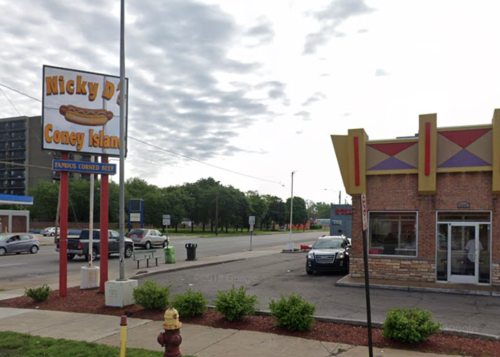 Two brothers involved in an infamous summer coney island shooting over a lack of fried mushrooms have been dealt lengthy prison sentences that could put them behind bars for life.

A judge sentenced twins Duane and Dwight Samuels, 61, for their roles in the shooting and beating of a man at Nicky D's Coney Island at 7 Mile and Greenfield in Detroit. They carried out the assault on their birthday, according to The Detroit News.

Dwight received 13-30 years for assault with intent to murder, plus five years for an additional charge. Duane got 11-30 years on the same primary charge, plus two years for a felony firearm charge.

The June 19 shooting occurred after the brothers became angry over the fact that the establishment didn’t serve fried mushrooms, Nicky D's staff told media outlets at the time. Surveillance footage showed the brothers beating the victim with a metal pipe and shooting him in the face from cheek to cheek.

Before sentencing, the brothers told the judge they pleaded guilty under coercion and that the incident was self-defense. The judge denied their motion to take the case to trial.