Shelby Township attorney Peter J. Lucido, in his first year as a Republican state sentator, uses vivid language to show how he feels about the governor's proposed gasoline tax.

In a guest column at The Macomb Daily this week, he calls Gretchen Whitmer "a petulant governor hellbent on a highest-in-the-nation, 45-cents-a-gallon gas tax that nobody wants." 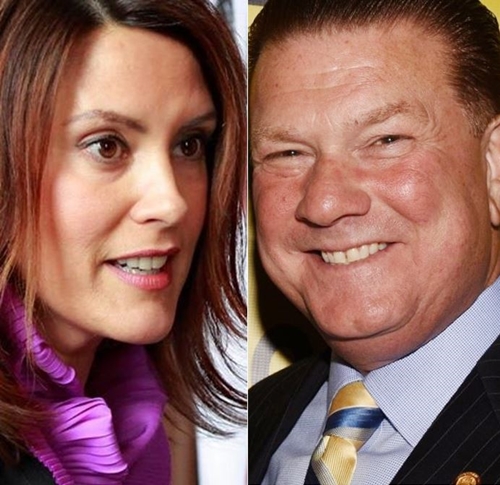 Instead of rolling up her sleeves with the Legislature and doing the hard work of ironing out budget differences and crafting a more sensible long-term plan to fix our roads, the governor made an all-or-nothing bet on a gas tax. . . .

Now . . . the governor has come crawling back to ask the Legislature to undo her vetoes with a budget supplemental [bill].

In case his vitriol seems too mild, Lucido adds: "She is not a queen."

Ohh-kay then -- the subtext here seems clear. At least the 59-year-old senator doesn't also dismiss the 48-year-old governor as a shrew or unladylike.