Detectives are questioning a 24-year-old woman and 28-year-old man as suspects in a west-side Detroit fatal shooting.

The victim, 20-year-old KaBria Arnold, had been a star athlete star at Renaissance High and more recently played softball at the University of Michigan-Dearborn. 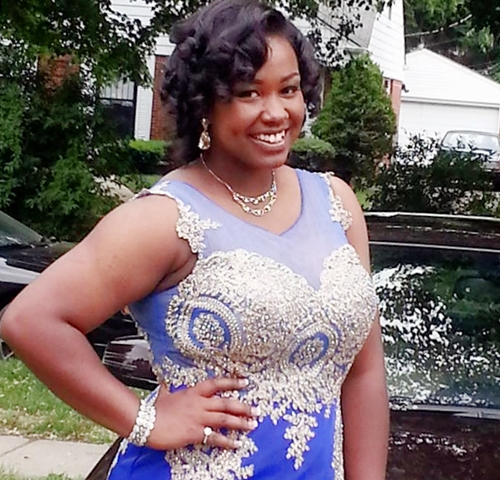 Arnold was shot multiple times on the city's west side and her body was found just before midnight on Sunday, Nov. 10, in the street near Pilgrim and Bentler.

Chief Craig said a 24-year-old woman and a 28-year-old man, who's believed to be the shooter, are in custody. He said the investigation is ongoing so he couldn't release other details at this time, but he did say investigators believe some sort of domestic issues were involved. . . .

Arnold was the youngest of [three] softball-playing sisters and was a pitcher on the University of Michigan-Dearborn team.

She was a public health major with plans to become a registered nurse but she left work at Meijer on Grand River near McNichols that Sunday night and never made it home [to Rosedale Park].

The male suspect, picked up Tuesday morning, may have been a past boyfriend of the victim, Craig said.

Arnold was pregnant, a family member said at a candlelight vigil last Friday, according to the Dearborn Press & Guide newspaper.

She played softball during her last three years at Renaissance where she rose to captain and made the All-City team, according to a UM-Dearborn player profile. She also played volleyball and was a cross-country runner during high school.

"When we last spoke we talked about our holiday plans and had just ordered our family matching Christmas pajamas," posts sister Qiana Arnold of Detroit, a tax associate at the accounting firm PricewaterhouseCoopers. "In times like this, you cherish the memories you had but also feel the immense pain of knowing that there are future memories that you will no longer be able to make."

She created a GoFundMe page "to assist with covering the costs of KaBria's Homegoing service." Nearly 400 donors have given about $24,000, exceeding the $15,000 goal.

The victim is survived by parents Diane and Kirk Arnold, three sisters, and four nieces. Visitation is Friday from 9 a.m. to 9 p.m. at James H. Cole Home for Funerals, 16100 Schaefer Hwy. in Northwest Detroit. The funeral is Saturday at 11 a.m. in Fellowship Chapel, 7707 W. Outer Dr., Detroit.