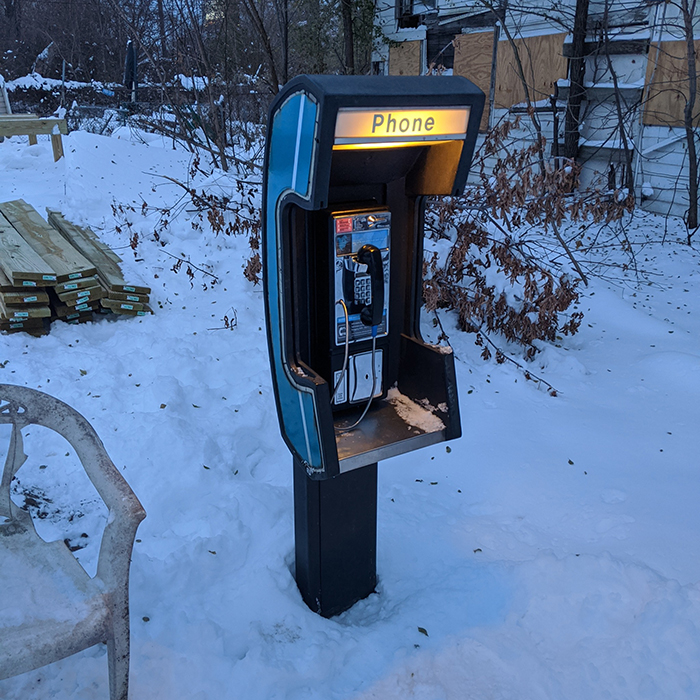 An urban relic is having a revival moment in Detroit's up-and-coming Core City neighborhood.

That's where Karl Anderson, who runs the non-profit Futel, has installed a free and working pay phone as a political statement and art project.

According to Metro Times, Futel has installed 10 free pay phones around the country — most of them in Portland. This is Detroit's first. There's another one in Ypslanti.

It's unclear why Anderson settled on southeast Michigan, but his LinkedIn suggests he's from Portland and has a day job at a company with an Ann Arbor office.

The phone provides users with several functions, including a social services directory, the option to dial an operator (a Futel volunteer) or even a random Immigration and Customs Enforcement facility. There's also a "wild card line," where the caller can listen and contribute to an "audio zine."