Is a Priest's Eulogy in Suicide Case Protected by 1st Amendment? We'll Find Out

The author is a freelance writer and a former Detroit Free Press reporter.

After militant homophobes in the Westboro Baptist Church began picketing funerals of gay people in the 1990s, Michigan was among many states to make it illegal to disrupt a funeral.

Now, in a case that has made headlines nationwide, a Toledo law firm representing a grieving mother hopes to persuade a Wayne County jury that a priest conducting a funeral can be liable for deliberately mishandling it. 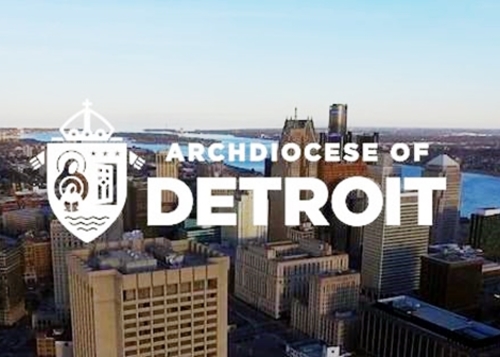 “It was an ambush,” says attorney Wesley Merillat – characterizing how Fr. Don LaCuesta sabotaged Maison Hullibarger’s funeral mass last December at Our Lady of Mount Carmel Catholic Church in Temperance, Mich. LaCuesta had agreed earlier in a meeting with the parents to deliver a message of love and kindness to celebrate their son’s life, but the priest somehow found out the death was a suicide.

His homily revealing that fact amounted to a “heartless condemnation” of the young man, according to the lawsuit. The sermon about the eternal damnation of Maison’s soul continued even after the deceased’s father approached the pulpit and implored him to stop.

It’s a potentially groundbreaking case on the limits of the First Amendment and what might constitute “hate speech.” David Clohessy, a national leader of SNAP (the Survivors Network of those Abused by Priests), knows of no prior lawsuit challenging what a priest can say in a sermon. After decades of scandal stemming from physical clerical abuse, a case raising the issue of verbal abuse in the guise of spiritual instruction is new territory for the church.

In response to the Westboro protests, a Michigan statute makes it a felony to “make any statement ... that causes a breach of the peace” at a funeral. How that criminal statute might affect this civil case remains to be seen.

Also named as a defendant in the civil action is the Archdiocese of Detroit.  For almost a year, Archbishop Allen Vigneron has refused to remove LaCuesta from his post at Mount Carmel – and won’t say why. Vigneron has unrestricted power to move priests to different parish assignments – and often exercises it. But he allegedly ended a meeting with Hullibarger’s parents shortly after the funeral last December, saying he wouldn’t discuss LaCuesta. He then announced the priest wouldn’t conduct any more funerals until he got more instruction on how to handle them.

In a subsequent meeting with Linda and Jeff Hullibarger, auxiliary bishop Gerard Battersby told the parents to “get over it,” according to the complaint.

But how? The Hullibargers no longer attend their parish church because LaCuesta, who defied their wishes, is still there. Their attorneys say that reassigning LaCuesta “would go a long way” toward helping the family – though it wouldn’t compensate them for emotional distress and the costs of therapy.

Asked for an explanation, archdiocese spokesperson Holly Fournier could only refer queries to a post on its website, with an official statement from last year and a link to LaCuesta’s funeral homily (or a prepared version – the Hullibargers contend LaCuesta went way beyond that when he delivered the sermon).

LaCuesta apologized after the funeral, saying, “As with any funeral, it was my intent to serve this family in their time of grief, but I fell well short of providing them the comfort they so desperately needed. Instead, I added to their pain. I deeply regret that, and I am sorry.”

The parents didn’t tell LaCuesta that Hullibarger had taken his life when they gave him a $250 donation to conduct the funeral last Dec. 8, the suit alleges. The death was still officially under investigation and the family told only its closest friends how Maison, a University of Toledo freshman, had died, Merillat says.

The funeral homily caused an uproar, startling classmates and friends. And, after ignoring the father’s plea to stop, at the end of the service Cuesta refused to let family members make remarks, as he’d agreed to, the lawsuit alleges. The family then told the priest he wasn’t welcome at the burial.

Afterwards, Merillat says, at least two other families told the Hullibargers that Cuesta had done similar things at funerals of loved ones who had died in what he judged was a sinful manner.

Until the 1960s, the Catholic Church did not allow suicide victims to be buried in church cemeteries. But by the 1990s a revised catechism allowed that a merciful God could perhaps forgive those who took their own life. LaCuesta, however, appears to be a staunch traditionalist. He was born in the Philippines, was ordained in Detroit in 2006, and has been pastor at Our Lady of Mount Carmel since 2013. Many foreign-born priests serve in American Catholic churches, due to a sharp decline in local vocations in recent decades.

The lawsuit seeks at least $25,000 in damages for intentional infliction of emotional distress. It charges that LaCuesta misrepresented his intentions to the parents and invaded Linda Hullibarger’s privacy by publicly disclosing the cause of her son’s death. Judge John Gillis scheduled a pretrial conference Feb. 12.

Family Sues Detroit Priest Who Said Teen Who Committed Suicide May Not Go To Heaven, Nov. 15