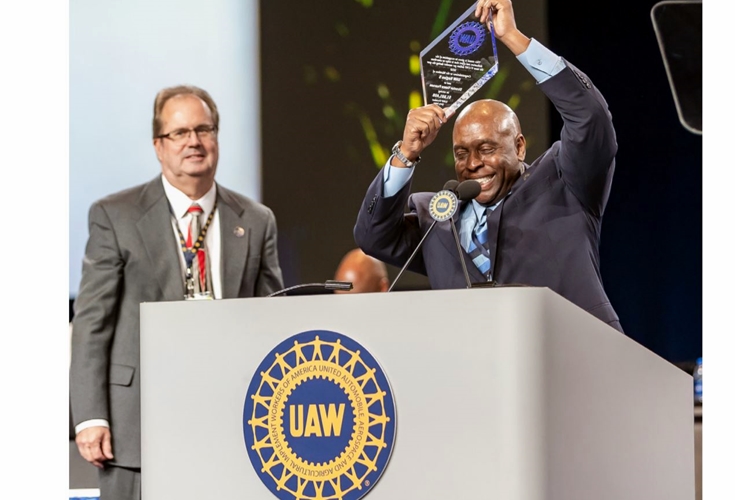 Go on now, go. Walk out the door
Just turn around now 'cause you're not welcome anymore

That enduring disco hit from 1978 would be appropriate walk-off music for the latest exit by a United Auto Workers leader.

The Region 5 director for Michigan and 16 other states turns his paid leave into an unpaid departure as he deals with a half-dozen federal corruption charges. Vance Pearson faced an expulsion proceeding announced Wednesday.

The union announced his resignation Sunday morning in a three-sentence statement. His leave of absence began in October. 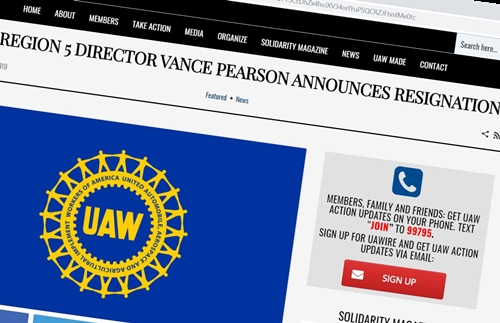 Pearson's resignation follows that of Gary Jones, who was the union's president and has been implicated as an unnamed union official in the ongoing corruption probe. The UAW's leadership announced charges last week under Article 30 of the UAW constitution against both Jones and Pearson in an effort to oust them.

The two former leaders are pictured together in happier times (above) on Page 7 of last spring's quarterly union magazine, Solidarity.