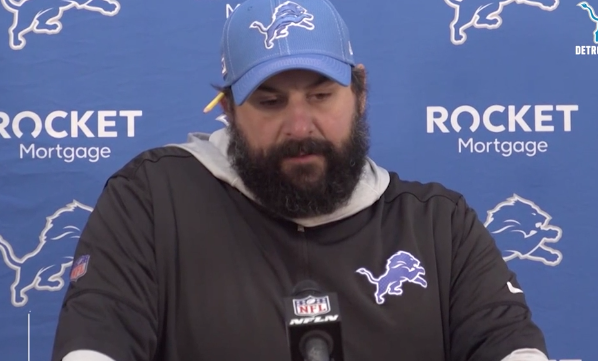 A dejected Matt Patricia talks about loss to Redskins.

The Detroit Lions lost Sunday in typical fashion -- in the final minute of play, 19-16 -- against the lowly 1-9 Washington Redskins. Frankly, who cares?

What's more, as expected, the loss turns up the volume on cries from some fans and writers to do away with Coach Matt Patricia and General Manager Bob Quinn.

They got beat by a rookie quarterback making his third career start.

This is an indictment of general manager Bob Quinn, who put this mess together.

And it’s an indictment on coach Matt Patricia, who has offered no reason why he should be the coach next season. Or even next week, to tell you the truth. . . .

You want to know the worst part for Lions fans? There is no hope that things are going to get better this season, and I defy you to explain why things might get better next season.