Suspended Detroit Police Sergeant Was Fired in 2014 as Coward, But Stayed on Force

A newly disciplined Detroit police sergeant, accused of failing to react properly when two officers were shot last week, has a troubling history on the city's force.

The sergeant, now suspended, "was fired five years ago for cowardice, but he got his job back," George Hunter of The Detroit News reports in a mid-day update.

Police chief James Craig said Tuesday he's investigating how Sgt. Ronald Kidd was returned to duty after an internal disciplinary board fired him in 2014. Craig said Kidd's body-worn camera from that time showed him standing by while a female Detroit police officer was assaulted.

The chief also said that someone forged his signature on Kidd's 2015 agreement, which lowered his punishment from termination for cowardice to a 65-day suspension. . . .

"Someone scrawled a signature, but that absolutely is not my signature. . . . There's no way I'd have signed that agreement."

Detroit's police chief speaks vividly about why he suspended a sergeant for "disturbing" inaction that was "gross neglect of duty" right after an officer was shot last week. 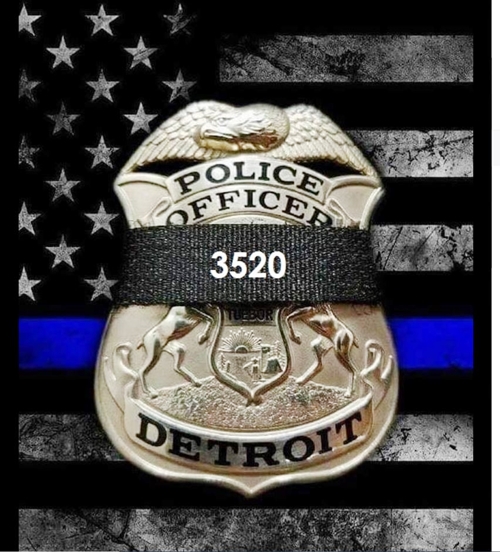 "James Craig said the sergeant 'sat in his scout car a block away while you could hear people screaming 'officer down' on the radio," George Hunter writes at The Detroit News. The victim, Rasheen McClain, died after the Nov. 20 shooting.

"It was clear to everyone who reviewed the video that he made no effort to get to the scene and take control," Craig said [Monday]. "His response was that he was sitting in his car a block away waiting to see if the suspect ran his way. But that’s not acceptable when there’s an officer down."

Craig said he plans to petition the Board of Police Commissioners to withhold the sergeant’s pay during the suspension.

“He’s been a sergeant about a year-and-a-half, and this kind of alleged behavior is unbecoming of a supervisor,” Craig said.

McClain, who was 46 years old and on the force since 2003, was one of three officers shot at by a 28-year-old gunman hiding in the basement of west-side home in the 20000 block of Wyoming Avenue near 8 Mile Road. Officer Phillippe Batoum-Bisse, his partner, was shot in an ankle. 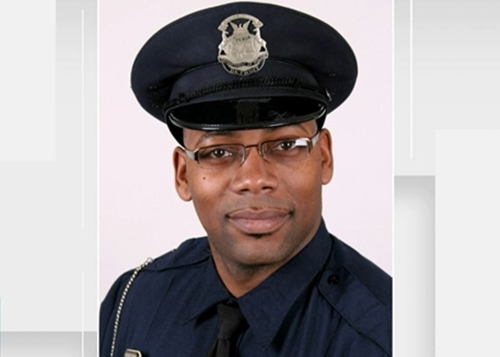 The chief voices anger over another issue related to the case, Hunter recounts:

“This is a smoking gun type of case,” he said. “The stuff they asking for is just more of the same stuff we already did. The good news is, his parole has been revoked, so we can hold him."

County Prosecutor Kym Worthy responds that she's "disappointed in the chief’s comments," according to The News.

"It’s important that he allows my office to do our job. The 'stuff' that my office is asking for is valuable investigative information that we need to successfully prosecute the death of one of his police officers. You would think that the chief would want this case — and all cases — prosecuted correctly."

A candlelighgt vigil Monday night outside the 12th Precinct honored McClain, as shown in the Fox 2 video below. Public viewings are set for Dec. 4 and 5 at Fisher Funeral Home and Cremation in Redford Township, followed by a Dec. 6 funeral at Greater Grace Temple in Detroit.