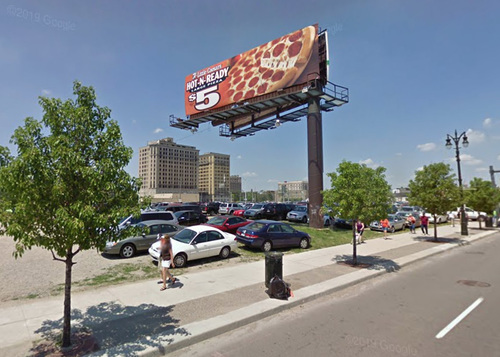 Little Caesars planted its flag on Woodward and Sibley long before the construction of its arena.

A Little Caesers billboard, advertising its $5 pizza, was in the middle of the future arena location nearly a decade before the arena was constructed. An astute internet user pointed this out on Detroit’s Reddit page. 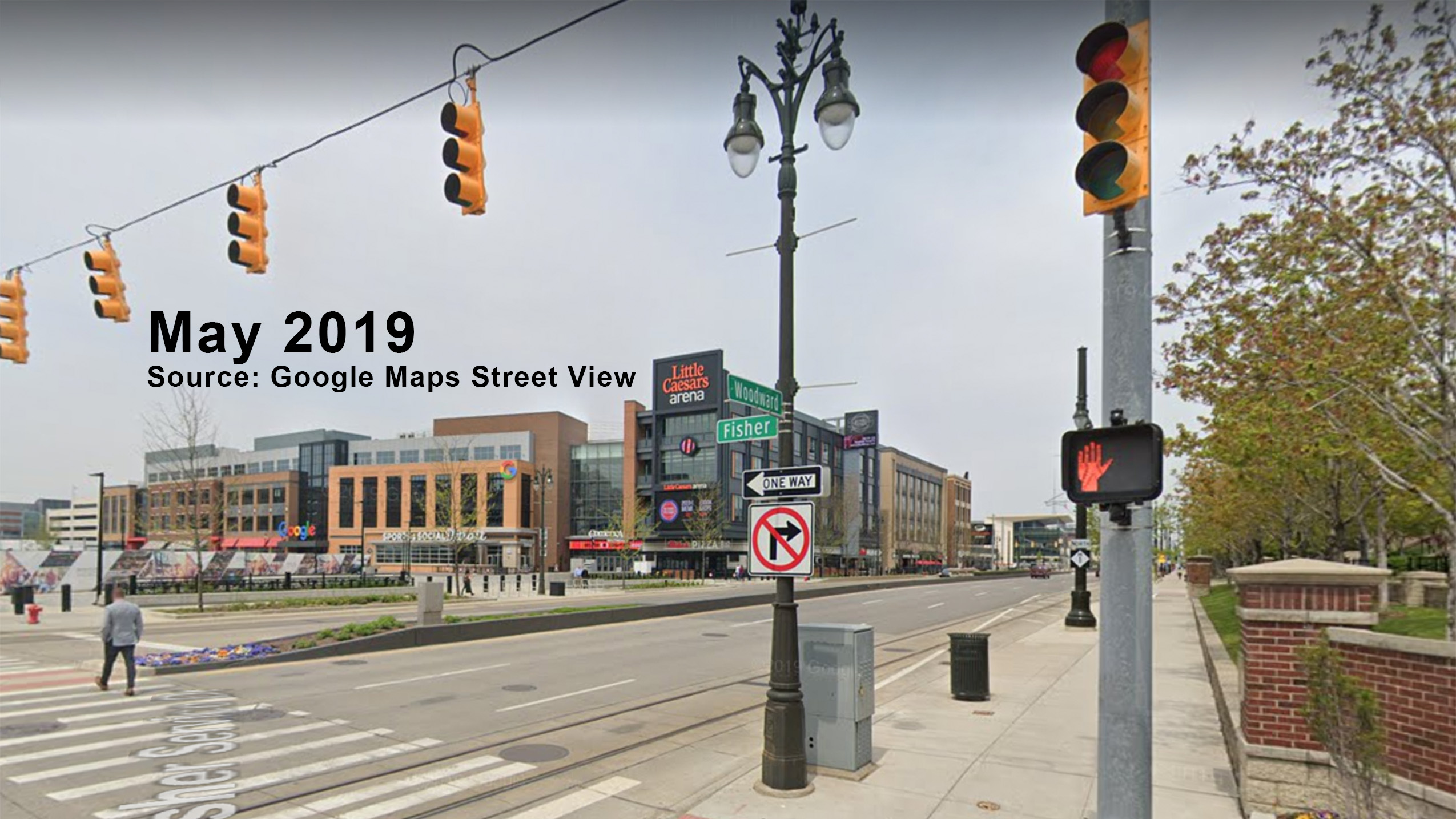 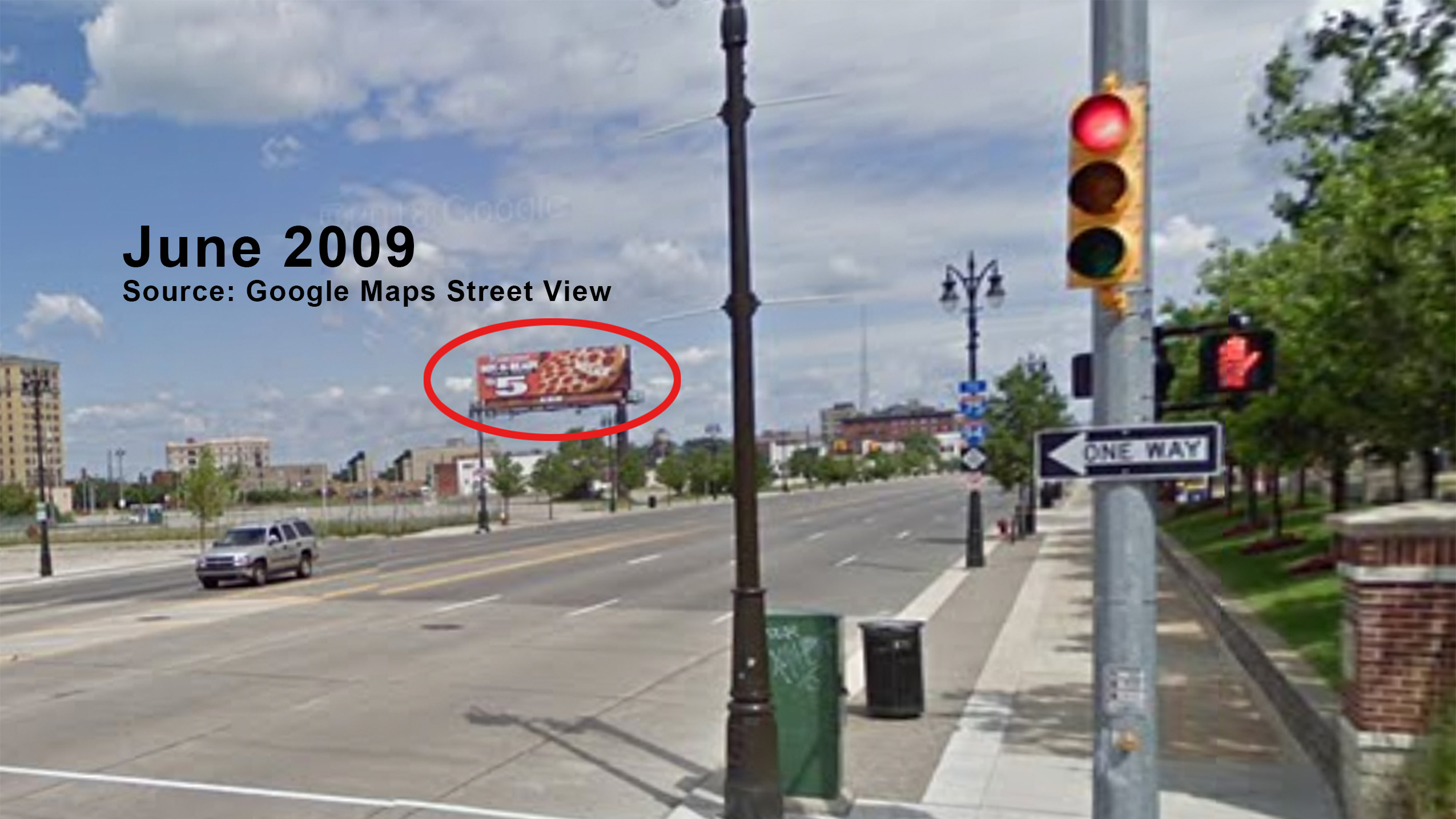 In 2009, the location was used by local business Prime Parking, and frequented by Lions and Tigers fans during game days. The arena was completed in 2017.