An investigation of allegedly criminal hazing at De La Salle Collegiate in Warren moves slowly, partly because some football team members and their parents are uncooperative. 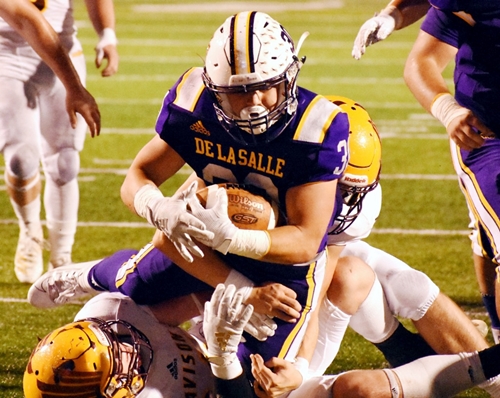 A decision on whether to charge three players could be weeks away, a prosector tells WXYZ.

The St. Clair County prosecutor has a team of people now working this case. . . . "It's a challenging case. Not just based on the age of the offenders, but the team atmosphere. There are a lot of different witnesses with different perspectives that need to be addressed," says Michael Wendling.

Warren Police say hazing on the football team crossed the line into assault and battery, but the prosecutor in Macomb County quickly recused himself due to a conflict of interest in his office.

"Allegations that were made are serious in nature, they have to be addressed," says Wendling.

The Catholic prep school abruptly ended its football season four weeks ago, forfeiting a Nov. 1 game on the eve of playoffs, after learning that varsity players used broomsticks in a sexual manner to haze younger players in a locker room ritual.

"We have recently discovered a series of hazing incidents conducted by several players on our varsity football team, and many players on the team appear to have been aware of such hazing but failed to report it," the administration wrote in an Oct. 31 email to parents.

Warren detectives, who seek charges against an 18-year-old and two 16-year-olds, want to question more players. Eighteen have refused to talk. The three suspects are suspended indefinitely from school.

"We believe there are other victims and we need to identify those victims," Police Commissioner Bill Dwyer tells Simon Shaykhet of WXYZ.

"We need better cooperation, quite frankly, from those parents that have not allowed us to interview their sons."