Did Coach Mike Babcock Give a Detroit Red Wings Player a Nervous Breakdown? 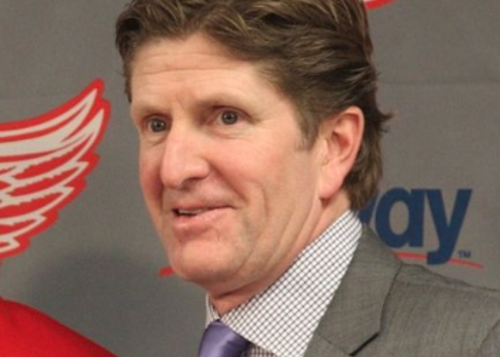 Not everyone loved Red Wings Coach Mike Babcock, who led the team from 2005-15.

Here's one example why.

Babcock, who went on to coach the Toronto Maple Leafs until being this year, was unkind to at least one Detroit player, according to former teammate and hockey legend Chris Chelios.

On a recent episode of the Spittin’ Chiclets podcast, Chelios tells how Babcock verbally assaulted forward Johan Franzén on the bench during a 2012 game, Yahoo! Sports reports.

“[Franzén] was hurt at the time of the playoffs, we lost to Nashville ... and some of the things he said to him on the bench,” Chelios said. “I don’t know what he said to him behind closed doors — but he was blatantly verbally assaulting him during the game.”

“It got to the point for Johan — no one really knew he was suffering with the concussion and depression — he just broke down and had a nervous breakdown. Not only on the bench, but after the game, into the rooms in Nashville. That was probably the worst thing that I’ve ever seen.”

Franzén, who's retired from hockey, confirmed Chelios' story. He tells SportExpressen in Sweden that Babcock is "a terrible person, the worst person I’ve ever met.”

Chelios said it was hard to stand up to Babcock, considering that General Manager Ken Hollard always backed him and told players they could be traded if they didn't like it.