Seven hours of discussions and presentations in EMU's Student Center continue an initiative launched in 2015 by Sue Snyder while her husband Rick was governor. She pushed a grant program that has brought more than $2.5 million to Michigan campuses for  sexual assault prevention and awareness. 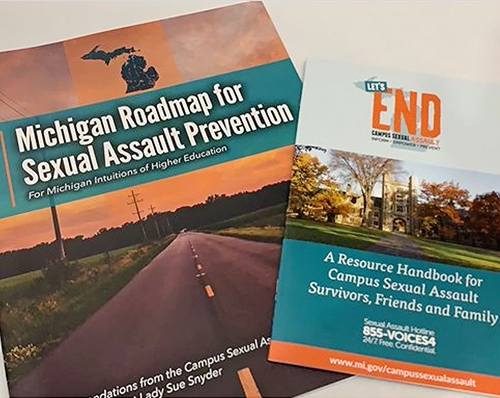 The governor announced to about 500 audience members that the state's sexual assault hotline adds a texting option. People can text (866) 238-1454 for immediate, confidential help, no matter when they were assaulted, Emily Lawler posts at MLive.

"Your voice and your story matter," Whitmer says in a statement, "and when you're ready to talk, we're ready to listen." 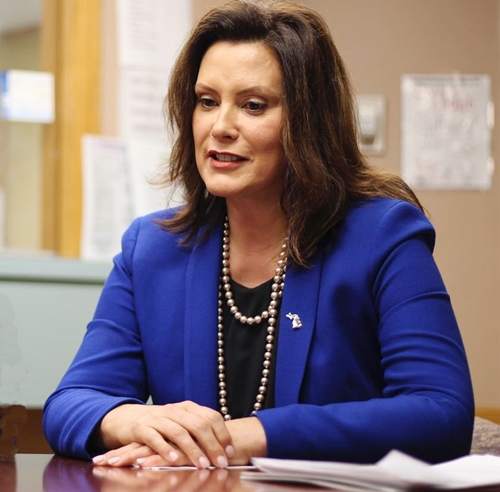 The topic is intensely personal for her, as she first disclosed publicly in 2013 during a state Senate debate about insurance coverage for abortion care.

She was sexually assaulted 30 years ago, Whitmer said [Tuesday].

"If I could erase that year, that night of my freshman year at Michigan State, I would. But I can tell you now I'm not ashamed of it," Whitmer said. . . .

"What I didn't realize at the time was how true my story rang with so many others."

Detroit News coverage from Ypsilanti quotes her as saying: "As a survivor myself, there are unexpected moments that happen in a day that remind me: You carry this moment for the rest of your life."

"It can very frustrating, how slow sometimes things move. If there was any other criminal activity that 20 percent of anyone confronted, everyone would be marshaling all the resources and writing all the punitive laws and creating all the accountability, and that hasn’t happened on this," Whitmer told reporters. . . .

"I'm working with a predominantly male legislature that I just don't think has the experiences necessary to appreciate why this is so important.

"I'm not saying all women get it either. And there certainly are men who are fantastic advocates. But when we're not really represented, it's reflected in the policies and in the outcomes," Whitmer said.

Earlier, the MLive reporter tweeted: "Whitmer normally goes off quick notes and memory in speeches, but says 'I actually had to write this one out, because the subject is hard.'"