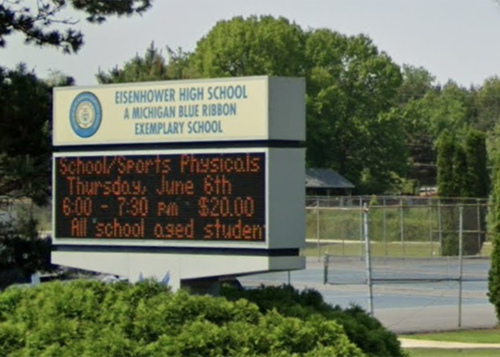 Two former employees at a Shelby Township high school are under investigation for two separate allegations of sexting their students.

A basketball coach at Eisenhower High sent explicit texts to a ninth-grader, her parents allege. They filed a report Monday with Macomb County Sheriff.

The department says it’s also investigating a similar incident at the school about a month ago. In late October, a student reported receiving sexually-themed emails from a band director.

Both the coach and band director are no longer employed by the school, according to Utica School District, but neither is charged with a crime.

The coach has been “cooperative” in the ongoing investigation, the sherriff's department says. Its Macomb Area Computer Enforcement (MACE) detectives are handling the cases.