After yet another drunken tirade, will Kid Rock ever grow up?

Look, we don't want to drag the latest Kid Rock story into a second day, but Adam Graham at The News asks a question that someone -- preferably someone Robert Ritchie actually listens to, like his money manager or his girlfriend -- ought to ask the man himself: 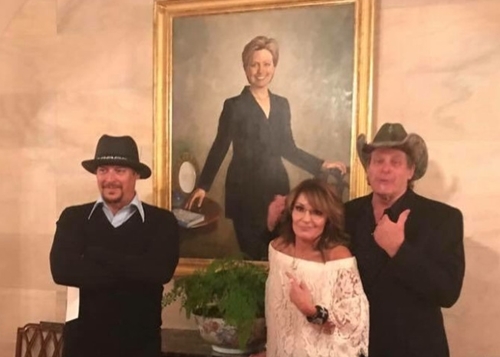 Why is he doing this to himself? ("This" being getting drunk, standing in front of a mic and a million camera phones, and ranting about Oprah Winfrey.)

Graham starts by drawing a contrast between the separate paths blazed by Michigan rockers Bob Seger and Ted Nugent. Seger's politics are opaque; he doesn't bring them up onstage or in his infrequent interviews. Nugent? Well, you know all about him. And Seger remains widely loved and respected, and will be remembered mainly for his music. Nugent delivers obscene rants about Hillary Clinton, guns and hunting. His music? There might be some sadistic spin-class teacher who still does an eight-minute climbing set to "Stranglehold," but it won't be in the first three paragraphs of his obituary.

Rock has been operating without a filter for a long time, but has turned up the volume in recent years. He parted ways with his publicist in 2017 and has since been operating untethered on his own.

... As his politics have gotten louder — remember his phony bid for Michigan Senate in 2017? — his music has gotten quieter. His two most recent albums, 2015’s “First Kiss” and 2018’s “Sweet Southern Sugar,” failed to yield any crossover hits and were the weakest-performing albums since his 1998 mainstream breakthrough.

... So like Nugent, Rock now makes news with his mouth, going on unprompted rants and attacking without being provoked. When there are consequences, he wants to play the victim, and say that people are coming for his free speech. No, words have consequences, and if one of those consequences is backing out of a corporate arena space, that’s what it is, and he’s free to take his Made in America restaurant to anywhere else he wants to in town.

The most recent incident is especially puzzling. While Winfrey remains a powerful presence in media, her talk show went off the air years ago. Joy Behar, co-host of "The View," may not like him, but hasn't put a finger in his eye lately. And Ritchie also yelled about Kathy Lee ... maybe Gifford, or maybe Kathy Griffin, it was hard to tell with the slurring and all. Gifford slid into irrelevance a while back. Griffin is still out there bein' salty about Trump; maybe that's who Mr. MAGA was beefing with.

Whatever the reason, it sounds like it's time for Macomb County's favorite son to think about how he wants the world to think about him -- as the philanthropist he claims to be, or as just another Michigan dude with a drinking problem. When even the conservative Detroit News editorial board breaks up with you, maybe it's time for an intervention.