Mark Kurlyandchik, the Free Press' restaurant critic, appears to be following in the footsteps of Ruth Reichl, who flipped The New York Times' restaurant beat from one that concentrated on white tablecloths to a focus on far more humble places serving authentic, affordable fare. 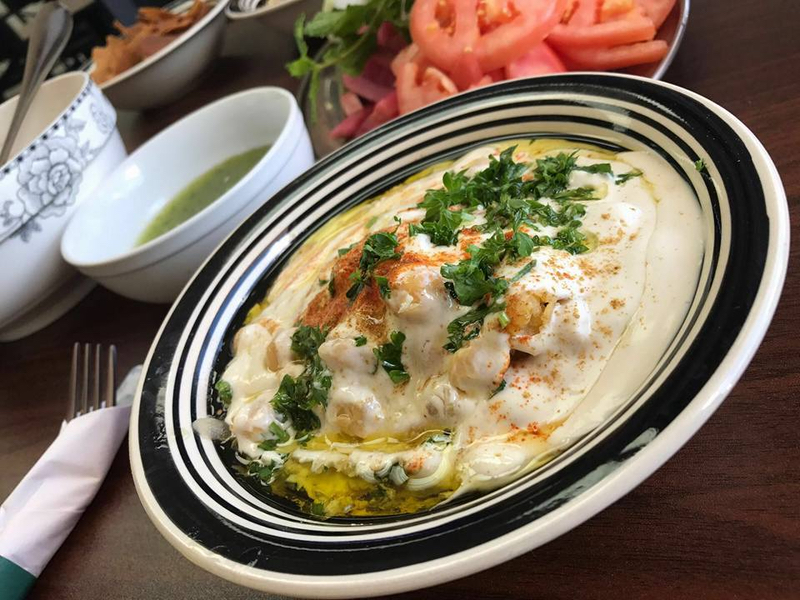 His latest rave is for Al Tayeb, a tiny Garden City strip-mall joint that, Kurlyandchik claims, serves one of the best breakfasts in Michigan. Not just Metro Detroit, the whole damn state.

As the name suggests, it's a Lebanese spot, specializing in "traditional morning fare you’d find in Beirut or at your sitte’s house on Sunday if you’re lucky enough to have a Lebanese grandmother." So if you're after eggs over easy with a side of hash browns, best stick with a coney island. If you're more adventurous, here's what awaits at Al Tayeb ("the delicious" in Arabic):

On my first weekday visit in late July, I was greeted by the intoxicating smell of roasting garlic — an appetizing sensory welcome. Grab a seat and you’ll be presented a menu and, soon after, a heaping platter of fresh and pickled vegetables featuring radishes, tomatoes, white onion, pickled turnips, Lebanese pickles and bundles of mint. The platter is complimentary with every meal and so are the cups of Alwazah “Swan” tea. This is charming homestyle hospitality.

You don't have to be Lebanese to love hummus, and Al Tayeb's...well, let the critic describe it:

And speaking of hummus, Al Tayeb’s is among the best I’ve had anywhere in the world, including the Middle East. The hummus here is so perfectly creamy and light thanks to the addition of just the right amount of baking soda, which helps break down the chickpea skins. The bowl of nearly white whipped chickpeas comes with a crater-like impression in the center full of whole chickpeas amid a glistening puddle of olive oil. Put it on just about anything for an immediate improvement in well-being.

Well, hold a place in line for us.

Last summer Kurlyandchik raved about the Balkan House, another modest eatery, this one in Hamtramck, specializing in doner kebab sandwiches, which are like a gyro's much classier and tastier second cousin. And last year, he delivered a thorough smackdown to Empire Kitchen & Cocktails in Brush Park, signaling the days of knee-jerk praise of any old overpriced hash house are over, at least at the Freep.