Detroit regional data is -- no other way to put it -- good news, bad news

John Gallagher takes a dive into Detroit's economic data at the Freep and comes up with a common conclusion: Good news, bad news. 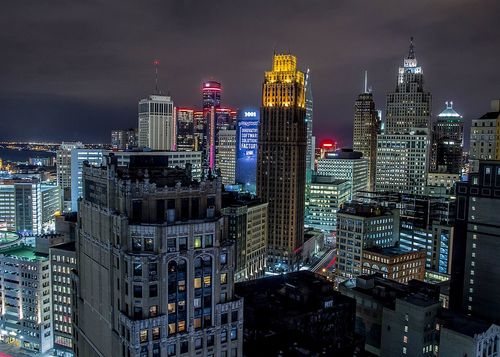 And spinnable news, as always.

The Detroit Regional Chamber's annual State of the Region report was released last week, a feast of numbers that kinda-sorta give a more-or-less look at the 11-county region, which is...

...either doing great or doing poorly depending on which facts one chooses to grab. And that illustrates the danger of cherry-picking data to make a case, instead of thoughtfully weighing the stats as fairly and objectively as possible.

To cite just one example: Population in the region grew 0.6% between 2010 and 2018. That's a modest but welcome increase. But on the flip side, seven of the 11 counties in the region lost residents, including Wayne County. Only Oakland, Washtenaw, Macomb and Livingston gained new people.

Or look at gross domestic product, the total output of goods and services produced in Michigan. As the Chamber report makes clear, Michigan's economy continues to grow, hitting $468 billion in 2018, ranking 13th largest among the 50 state economies. That's good!

But don't forget that Michigan used to rank ninth, back before the Great Recession dug us such a deep hole. And Michigan's growth rate lagged the national average last year and that of states like Massachusetts, Georgia and Texas, which are growing even faster than us.

Of course, you could say the same thing about almost any statistical report, which is why data analysts get paid big bucks to turn the numbers over in their brainy heads and come up with conclusions.

You can do the same thing, if you have no Christmas cookies to bake today. Find the report here.