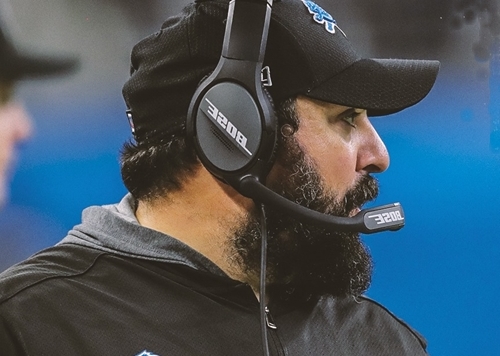 By Sunday, before the Minnesota Vikings game in Minneapolis, most Detroit Lions fans had given up hope for winning any more games this season. By the end of the day, the Lions had chalked up another loss against a very capable team, 20-7.

So, it's not surprising sports columnists like Bob Wojnowski of The Detroit News say this season should spell the end for Coach Matt Patricia and General Manager Bob Quinn.

Patricia and Quinn have failed. The task has proven too big for them.

There’s no legitimate reason for them to return, with Patricia’s 9-19-1 record in two seasons and Quinn’s 27-33-1 in four seasons. You could fire Patricia and keep Quinn, but that’s not likely or logical. They’re attached at the Patriot hip, and the issues encompass everything — coaching, roster composition, direction.

There have been injuries and close calls and simple misfortune, and yes, the Lions (3-9-1) continued to battle against the Vikings (9-4). It was the first time in 13 games the Lions never led, and the 13-point margin was the largest of the season. That would matter more if there were other signs of progress, or clear foundational pieces. Good effort isn’t good enough, and Patricia knows all verdicts eventually are rendered by the record.

Still, Sports Illustrated recently wrote that they will be returning.