Four People Overdose in Home on Detroit's East Side; 3 Die 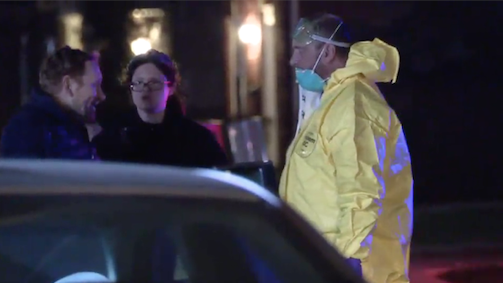 Three of four people who overdosed on drugs in a house on Detroit's east side, died Sunday. One male victim was revived with Naloxone, a drug used to reverse opioid overdoses, Jessica Dupnack of Fox 2 reports.

The three men and one woman were were discovered around 3:50 p.m. by two girls, ages 8 and 6, at a home in the 12000 block of Caldwell, near Mound and McNichols. The woman, who died, was one child's mother.

The girls phoned 911 immediately after discovering the adults. Investigators were seen entering the home in hazmat suits.

Both children were taken to the hospital as a precaution and will likely be placed with family members. Child Protective Services is involved.