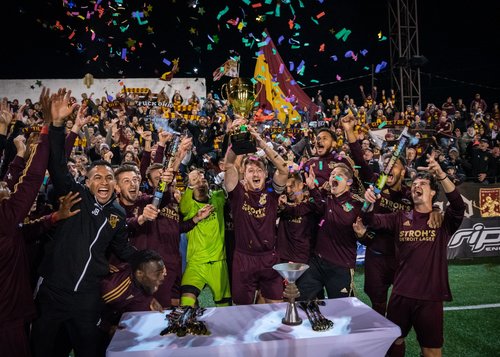 The team evidently impressed the league at an August scrimmage, notching a victory over NISA’s Philadelphia Fury at Keyworth Stadium in Hamtramck.

"We appreciate the approval from U.S. Soccer. It represents an unimaginable progression that has involved too many people to count – one that started with a neighborhood soccer league rooted in community service and led to Detroit's first professional soccer team in nearly 40 years," wrote Detroit City FC CEO Sean Mann in a press release.

Also joining them in ranks will be Pontiac-based Michigan Stars FC.