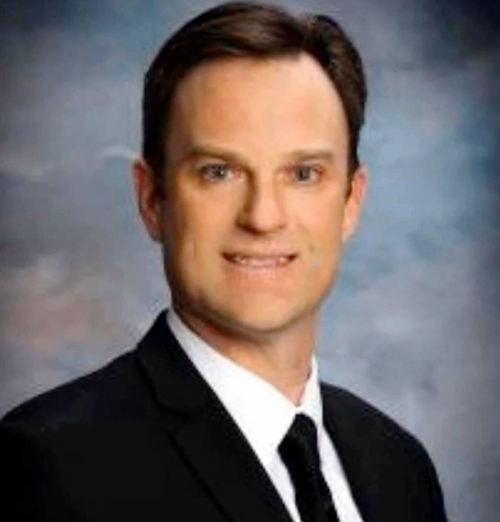 The Detroit News reports on the accusations:

Prosecutor Eric Smith said his office has charged Christoper Traskal, 42, of Sterling Heights, in two cases. In the first one, he has been charged with one count of child sexual abusive activity, a 20-year felony, and using a computer to commit a crime, also a 20-year felony. The crime allegedly happened in Shelby Township.

In the other, he has been charged with two counts of fourth-degree criminal sexual conduct, each a two-year felony. The crime allegedly happened in Sterling Heights.

Traskal, director of the 195-member band at Eisenhower High School in Shelby, was arraigned Wednesday afternoon on the alleged abuse in thatr township.

He is scheduled to be arraigned on the Sterling Heights charges Friday, according to Smith's office. . . .

Smith said the suspect has worked for Utica Community Schools for 18 years.

Christine Johns, superintendent since 2006, hadn't posted anything on the district website or social media pages as of late Wednesday afternoon.

Traskal "grew up as a student in the district," his Utica Education Association union says in a post about Eisenhower Wind Ensemble students performing in Grand Rapids early this year.