Gov. Gretchen Whitmer confirms that Wayne State's board chair is leaving that embattled group to join the state Department of Labor and Economic Opportunity in a senior role next month.

Shirley Stancato, retired president and CEO of nonprofit New Detroit, will replace her on WSU's Board of Governors, The Detroit News quotes the governor as saying.

"It's imperative to have someone on the board who will focus on addressing the problems that are currently facing Wayne State. We must put the students first," Whitmer said.

"Working with President M. Roy Wilson and his team and my colleagues on the Board of Governors to create meaningful positive change at Wayne State for the past nearly seven years has definitely been a highlight of my life."

A Wayne State grad who chairs its sharpy divided board of governors reportedly has had enough.

She "resigned her position in order to join Gov. Gretchen Whitmer's administration, two sources familiar with her decision told the Free Press," its education writer reports.

It's not known who will be appointed by Whitmer to replace Trent or how that person will fit into the debate over [President Roy] Wilson and Wayne State's future.

The Wayne State board has been deadlocked 4-4 over Wilson's future at the school, which has spilled into disputes over many other issues. . . . Anti-Wilson board members voted down multiple routine matters [last week]. 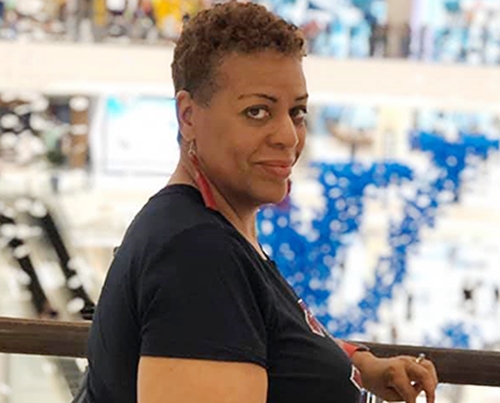 Kim Trent has been on WSU's board since the start of 2013. (Photo: Facebook/Raina Harris)

Trent, a 1987 Cass Tech High School alumna, was elected to the board in 2012 for an eight-year term. To keep her seat, she would have had to win a statewide election next year.

David Jesse of the Freep sketches her background:

Trent, who has both a bachelor's and master's degree from Wayne State, worked as a reporter for The Detroit News.