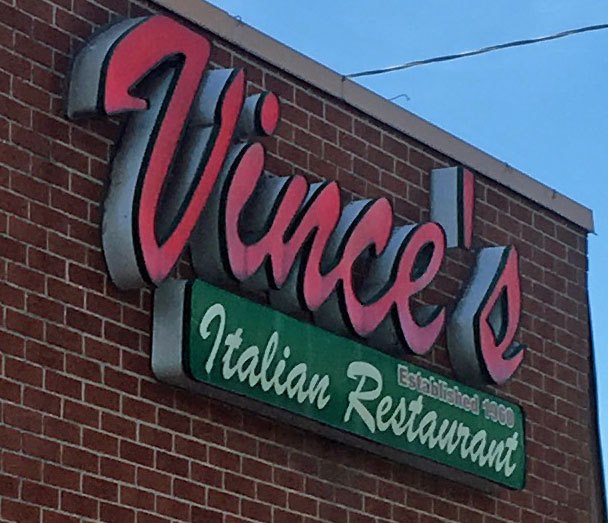 Vince's Italian Restaurant and Pizzeria on Springwells in Southwest Detroit has closed. The questions is: For how long . . . or for good?

A phone recording simply says: "We are temporarily closed until further notice." The online review site Yelp also lists it as shut, and Eater Detroit mentioned briefly this fall that it closed in late summer, but noted that online rumors were that it might reopen by year's end. So far, there's no sign of that.

The popular destination would have turned 60 next May. Known for its good food and unpretentiousness, it has served generations of families.

Attempts to reach co-owner Lidia Improta on Tuesday were unsuccessful. 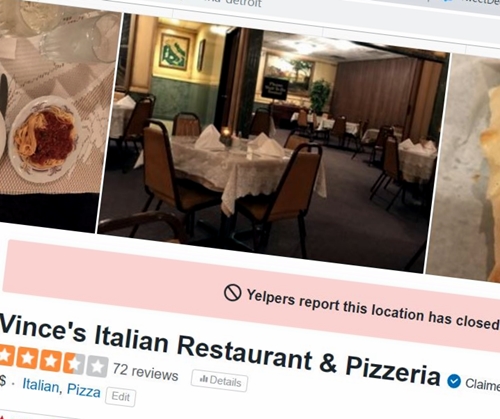 A Detroit News review in 2018 talked up the pasta.

Pasta is one of the main drawing cards here, and for the first-time visitor, a good bet is to order the assorted pasta platter, which brings several pastas to the table including ravioli, gnocchi and lasagna, as well as a sturdy meatball, all on one plate. Sauces are subtly applied and never drown a dish. Want more sauce? They’ll gladly bring it.

There are many more choices beyond pasta on the menu. Predominately from the traditional Italian playbook, of course, but also including seafood and steak, along with veal scallopini, eggplant Parmagiana and chicken Marsala. Traditional Italian dishes prepared with love.

The restaurant business in Detroit in recent years has become increasingly competitive with a number of newcomers, including Italian places.