On the eve of impeachment vote, anti-Trump crowds rally in Detroit, suburbs

As the U.S. House of Representatives prepared for a vote to impeach President Trump, rallies of support for the action were held across Michigan and the country. 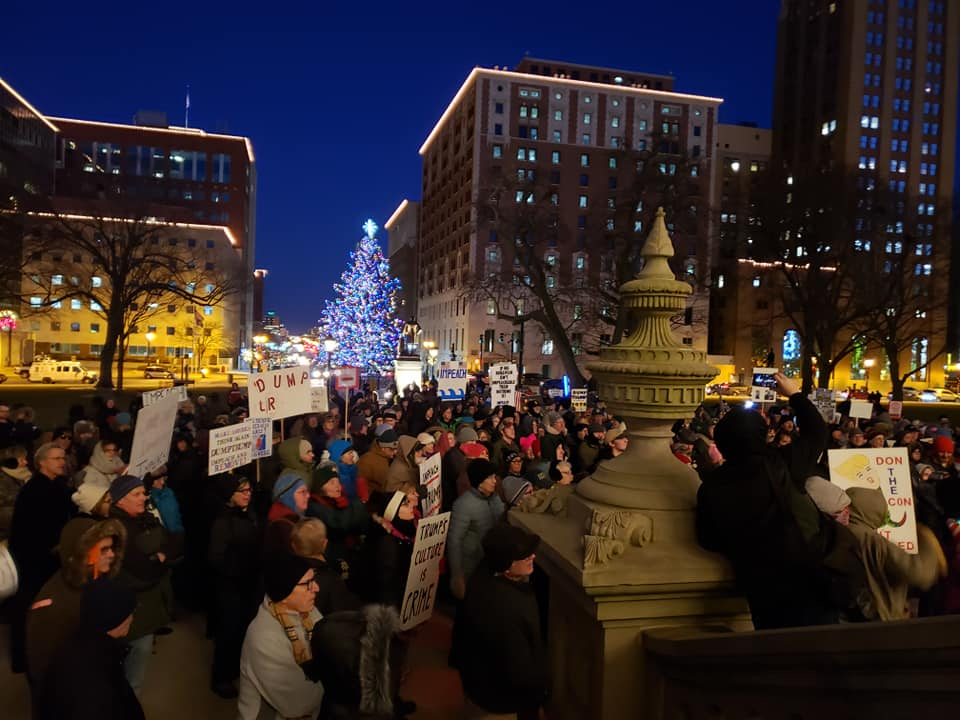 In Ferndale and downtown Detroit, crowds marched at twilight, with signs and chants opposing the president.

Crowd sizes ranged from dozens to upwards of 200.

"Donald Trump should be impeached. He really needs to go. I can't stand another day of his antics," said Faith Allen, of Hazel Park, who was dressed like the Statue of Liberty and standing on the median at Nine Mile and Woodward in Ferndale with several hundred other impeachment supporters. "I've had it. I've had enough. I just think he's the worst president we've ever had."

As the anti-Trump rallies were held, the Trump campaign is making Michigan a focus this week, with the president coming to Battle Creek Wednesday, along with Vice President Mike Pence and Attorney General William Barr, who will appear at a press conference announcing a new violent crime initiative in Detroit.

Other rallies supportive of the president were held earlier this month in Michigan.