The Detroit News released a major investigation Tuesday into corruption in the United Auto Workers' leadership and its collusion with former Fiat Chrysler CEO Sergio Marchionne in his effort to take over General Motors. 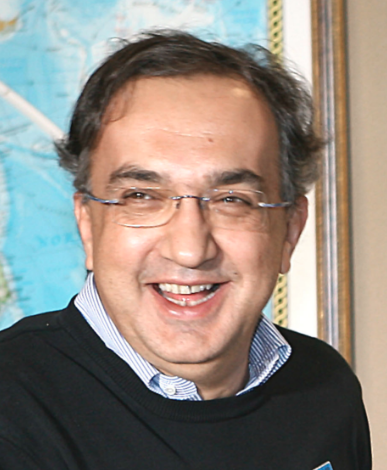 Marchionne, who died last year, was apparently the architect of an audacious plot to use the UAW to weaken GM enough that it would be forced into a merger with Fiat Chrysler, forming "a global American auto colossus the Italian-born executive would control," the paper reports.

The top of the main story is arresting in its portrayal of how the plan would be executed:

Dennis Williams requested the meeting with General Motors Co. CEO Mary Barra because the United Auto Workers president wanted to deliver a message: He would support a merger of GM with Fiat Chrysler Automobiles NV.

All GM needed to do in the spring of 2015 was agree to the blockbuster combination to realize ambitions FCA’s then-CEO, Sergio Marchionne, openly touted, even if a prospective deal imperiled plants, products and thousands of union jobs Williams was obliged to protect. The union leader's position defied projections of job losses, reinforcing rank-and-file suspicions their leadership had grown too close to management — and too willing to plunder union resources for their own benefit.

"The UAW's done its own research, and we think it's more favorable than you guys do," Williams told GM's leaders of Marchionne's latest proposal, according to two sources familiar with details of the meeting. "I think it's worthy of some study."

What's more, the goodies used to corrupt the UAW leadership -- luxuries like lavish dinners and expensive bottles of booze, as well as cash and rounds of golf -- were paid out of the bailout windfall Fiat Chrysler received to keep it afloat after the financial crisis.

The government’s four-year investigation has revealed how labor leaders misused the bailout’s historic second chance by embezzling money from worker paychecks, shaking down union contractors and scheming with auto executives. The conspiracy stretched from the California desert and a union town on the banks of the Missouri River to the woods of Northern Michigan and the Jersey Shore.

"When the UAW goes on strike and the workers are making — I think it was $275 per week ... And what does the leadership get? Bottles of booze worth $1,300. Lavish steak dinners," U.S. Attorney Matthew Schneider, the Justice Department's top prosecutor in Detroit, told The News.

In all, UAW officials and auto executives are accused of misappropriating nearly $34 million since the bailout 10 years ago, according to an analysis by The News. That money includes embezzled member dues and funds siphoned from facilities that train roughly 150,000 of the union's nearly 400,000 members.

It's a gripping, infuriating read.