Michigan goes where no other state has ventured in the battle against deaths from addictive opioid painkillers. 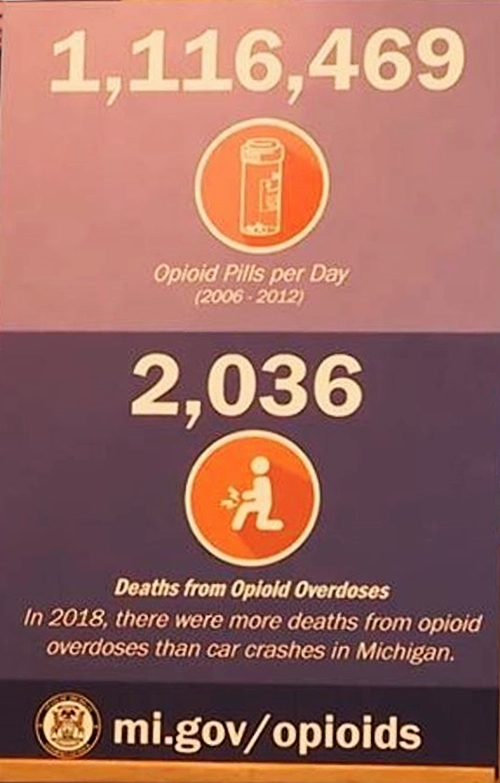 "The state’s top health and law enforcement executives are going after pharmaceuticals distributors in a novel way — by treating them like drug dealers," Bridge Magazine and other media report.

The state of Michigan filed a lawsuit Tuesday that Attorney General Dana Nessel touted as the first in the country to go after opioid distributors using a law passed to pursue drug dealers. ...

According to the suit, the defendant drug companies sold opioids "in ways that facilitated and encouraged their flow into the illegal, secondary market" without proper safeguards. The companies failed to monitor or report suspicious orders, including by knowingly selling pain pills to so-called pill mills, the suit charged.

"These companies knowingly used their licenses to distribute drugs in our state without controls. This was not only negligent; it was unlawful," tweets Nessel, who's suing Walgreens, Cardinal Health Inc., McKesson Corp. and AmerisourceBergen Drug Corp. in Wayne County Circuit Court. 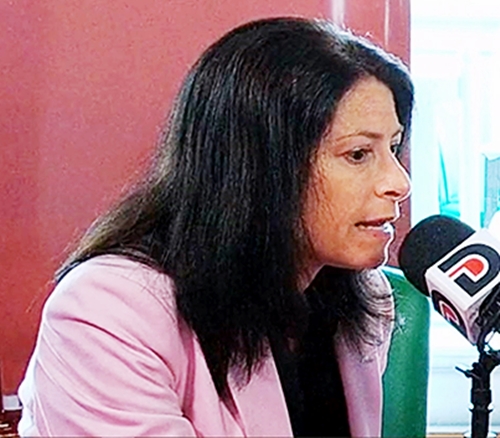 Dana Nessel says her predecessor "didn't do a damn thing when it came to moving forward with these opioid lawsuits."
(Photo: Michael Lucido)

"Their actions subject these companies to liability under Michigan’s Drug Dealer Liability Act," she adds.

The case is filed in Wayne partly because it's "ground zero for the opioid epidemic in the state of Michigan," Nessel's spokeswoman says, according to Michigan Advance.

"What my predecessor spent the eight years before that doing, you have to ask him," Nessel said. "But one thing I know is, he didn't do a damn thing when it came to moving forward with these opioid lawsuits, which I believe are critical in regard to getting the finances that we need —  and that our state deserves — to tackle this incredibly devastating epidemic." . . .

Nessel said she does not yet have a specific amount of damages the state will be seeking, but expects it to be more than $1 billion and that the funds would be used to pay for items in the state that have been directly impacted by the opioid epidemic, such as treatment, health care and law enforcement.

According to state figures for 2018, 2,036 of Michigan's roughly 2,600 drug overdose deaths were opioid-related.