Shortly after Rep. Debbie Dingell shared her political Jingle, as impeachment proceedings continued in Washington, Trump suggested to a crowd in Grand Rapids that the congresswoman's late husband, Rep. John Dingell, may be in hell.

Rep. Debbie Dingell extends a "Dingell Jingle" holiday tradition her late husband John started. The Dearborn congresswoman picked it up in 2015 after winning the seat he held 60 years. 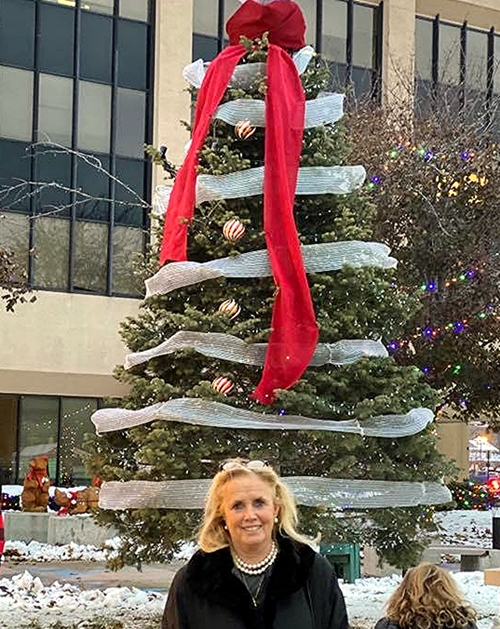 She posts the latest stanzas of topical humor and political pokes Wednesday, hours before she'll vote for the president's impeachment.

Here's the full text from her U.S. House page, set to the tune of "A Christmas Song (Chestnuts Roasting on an Open Fire)."

And so I'm offering this simple phrase
To kids from one to ninety-two
Although it's been said many times, many ways —
We are all Americans too