This Detroiter rises from living on the streets to patrolling them 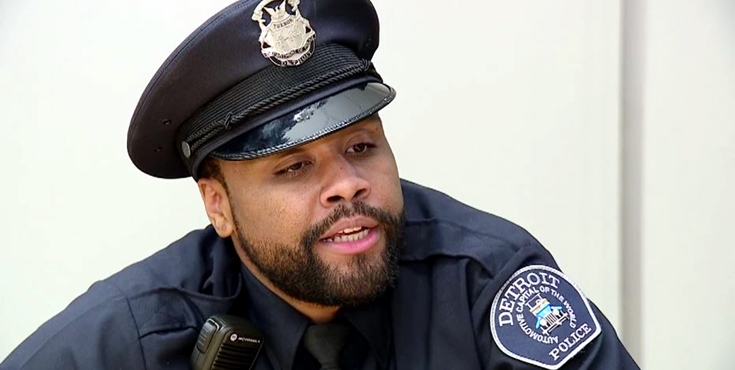 "You have to keep pushing," says Randall Davis, orphaned at 16 and later homeless, as recounts in the Fox 2 News video below.

"I had to strap my boots on and I had to keep moving," he added.

He and younger siblings eventually moved in with family, but that didn't last long for Davis. He and his older brother [Brandon] moved out and ended up on the street, sleeping in cars and empty homes ... just trying to survive."

Determination and "hard work paid off when he was granted the honor of telling his story to his fellow graduates," Hillary Golston reports in the station's profile.

"I want teenagers, and even kids, who feel like they don't have anybody [to know] that you have to keep pushing. That's the biggest lesson that I have learned and that's why I want to help them."