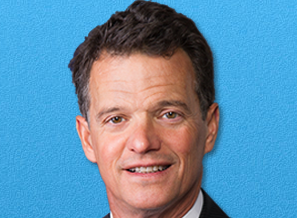 Dave Trott wants "a choice between two adults in 2000."

In a pre-impeachment letter to the editor printed in The Atlantic magazine (but not posted online), Trott writes:

"Frightening: That is the only word to describe Mark Bowden's article. President Trump's inability or unwillingness to follow normal decision-making protocols has created chaos in our foreign policy and put our country at risk.

The article also helped me with respect to the 2020 election. I had been flummoxed. I will now have to consider voting for a Democrat: High unemployment, a stagnating economy, and massive debt for a few years is better than alienating the rest of our allies, getting into a nuclear war with Iran, or allowing 10,000 Islamist soldiers to be set free in Syria.

"Trump is psychologically, morally, intellectually and emotionally unfit for office. We can only hope that Congress impeaches and removes him so we have a choice between two adults in 2020."

Trott, 59, is a lawyer who graduated from Duke University Law School.