Detroit couple's business outgrows their kitchen, so Grand River shop is next step 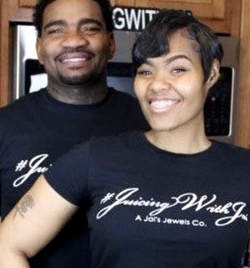 Robert and Jai Griggs grew up in the area where they'll open a shop.

The couple makes smoothie meal kits and cold pressed juices, which they'll offer "soon" at Juicing with Jai, 19550 Grand River Ave. They've been peddling the products online and at pop-ups.

The venture grew from her efforts to lose weight after pregnancy, with progress chronicled on social media. The steps from personal diet to money-making are described at a community blog hosted by the Grandmont Rosedale Development Corp., which says "both grew up in the Grandmont area and attended Edison Elementary School."

She took to juicing and saw rapid results, losing more than 80 pounds. She also shared her strategies with friends online.

As Jai puts it: "So many of my friends wanted to participate, so I started shopping for them. I was showing them how to make a lifestyle change and soon I was being paid for my work."

Friends gave referrals and referrals became customers. As Robert recalls: "I think the majority of our followers came from Jai's testimony in real life. Seeing that transformation made them want to come on board." 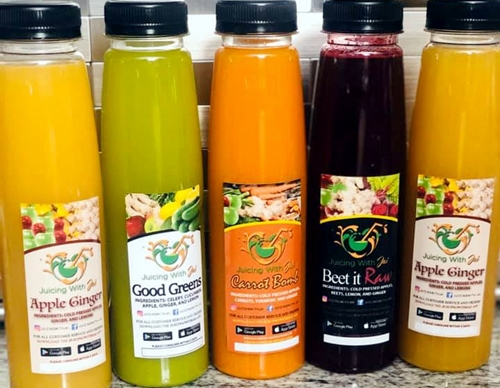 Devotees include 2,500 members of a "90-Day Workout Challenge" group on Facebook.

The couple looked at their family kitchen—now converted into a full-time juicing operation—and saw that Jai's personal goals had morphed into a lucrative business concept. . . .

They did vendor events, speaking engagements, televised interviews and partnerships with several businesses in Royal Oak.

The entrepreneurs appear in this six-minute Fox 2 News segment with Deena Centofanti, which aired in September: