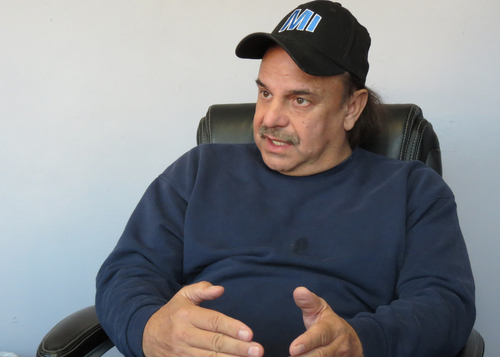 Michigan Attorney General Dana Nessel on Friday charged Carmack with one count of Operating While Intoxicated, Third Offense. It's the 60-year-old's fifth such charge, the prosecutor's office says. His most recent conviction was in the early '90s.

According to WDIV, Carmack was picked up in Brownstown Township on Oct. 27.

Authorities said Carmack went to a bar the night of the incident and an officer saw he was obviously intoxicated when he left.

Police said the officer stopped Carmack and told him to go back inside and get a ride home.

About 10 minutes later, Carmack came back out and put the keys in the ignition of his red 2019 Corvette, according to authorities. That’s when the officer arrested Carmack, officials said.

Wayne County Prosecutor Kym Worthy recused herself in the case. It was sent to the AG's office in November, WDIV reports.

If convicted, Carmack could be sentenced to up to five years in prison and a $5,000 fine

His next court appearance is scheduled for Jan. 3 in district court in Woodhaven, where the prosecutor's office says he lives.

Carmack did not immediately reply to messages seeking comment.

The auto collision shop owner first made headlines a little over a year ago, when he had Detroit Mayor Mike Duggan tailed by a private investigator and broadcast the footage on big screens in front of city hall. He has targetted the mayor over a property dispute.