A new public transit route will be tested next year to determine interest in frequent bus service linking Detroit and Ann Arbor. 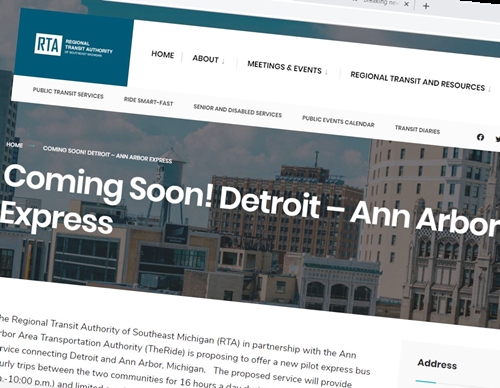 "The proposed service will provide hourly trips between the two communities for 16 hours a day during the week (6 a.m.-10 p.m.) and limited service on Saturday and Sunday," an RTA announcement says. The draft weekend schedule shows four trips each way.

"The proposed service would be a demonstration project intended to establish the market for transit in this corridor and evaluate the effectiveness of other commuter/congestion mitigation strategies along this corridor."

The RTA hosts a public hearing Jan. 8 in each city to descibe the plan and hear comments on the new bus. The Detroit event is at noon on the 14th floor of 1001 Woodward Ave. and the Ann Arbor one is at 5 p.m. in the Ann Arbor District Library, 343 S. 5th Ave.