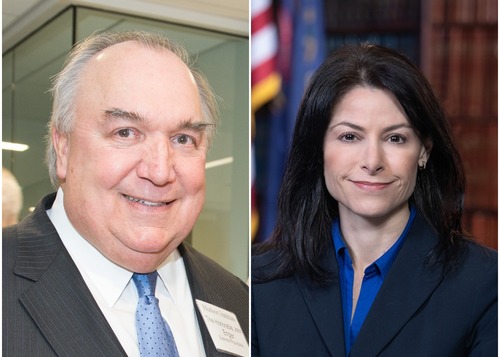 MLive reports on the roadblocks:

[The AG's office] did not secure an interview with former Interim president John Engler or convince the university to turn over 6,000 documents it held back, saying they were privileged.

“We still await a response from John Engler regarding his interview. We’re not aggressively pursuing it and frankly, I don’t see that he’ll ever agree to an interview. Which is troubling and disappointing, but so it is,” [Nessel's Spokeswoman, Kelly] Rossman-McKinney said.

As for the 6,000 documents, the university’s Board of Trustees could in theory still move to release them.

The investigation began in 2018 under Attorney General Bill Schuette with a $1-million appropriation from legislators. It has produced two pending criminal cases against former university president Lou Anna K. Simon and former gymnastics coach Kathie Klages. Those cases will continue.

According to The Detroit News, five MSU trustees — a majority — have said they may support making the documents available once they've reviewed them.