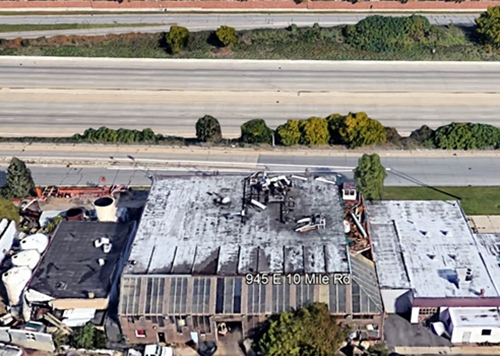 Electro-Plating Services (bottom center) is alongside an eastbound I-696 exit to Couzens Avenue. Waste leaked under the Madison Heights ramp and through the freeway embankment Dec. 20. (Photo: Google Earth)

Critical cleanup work continues this holiday week alongside I-696 in Madison Heights at the site of creepy-looking chemical waste from a former metal-plating plant just off a highway ramp.

"The right lane and shoulder of the highway are closed at the Couzens exit," a state government update says, "and protective barriers were to be installed Thursday. The off-ramp to Couzens from eastbound I-696 is also closed."

The U.S. Environmental Protection Agency (EPA) ... installed a sump pump [Tuesday] in the eastbound I-696 highway embankment where the contaminants from Electro-Plating Services have leached through the soil. Contaminated liquid is being pumped and collected in a frac tank – resembling a semi-trailer truck on the shoulder of the highway. ...

The new sump pump complements one installed last week in the basement of the facility, which is also collecting contaminated liquid. The liquid will be transported for proper disposal.

State and federal officials are in discussions to determine what next steps are appropriate to manage risk at the site. 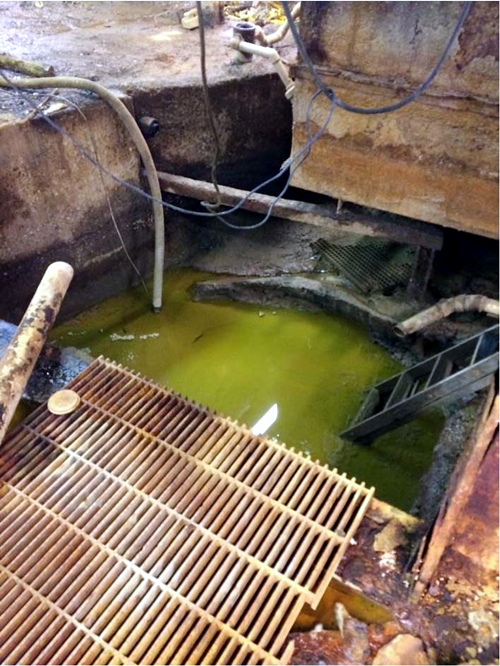 The situation began Dec. 20 with a movie-like scene as green-yellow slime crept underground and onto the freeway shoulder.

Environmental agencies have been familiar with the toxic site at East 10 Mile Road for more than three years. Michigan regulators forced EPS to shut in December 2016 "after inspectors discovered hundreds of corroded drums, vats and other containers of hazardous waste at the site," the EPA says, adding:

Owner Gary Sayers, 70, was convicted last month of operating an unlicensed hazardous waste storage facility, sentenced to one year in federal prison and ordered to repay the EPA $1.5 million for cleanup costs, according to the state Department of Environment, Great Lakes and Energy. He has until February to report for his prison term.

A 2017 EPA cleanup that cost $2 million was supposed to remove hazardous chemicals and to pump contaminated liquid from a basement. The agency documents its response with 15 photos and a graphic.

An EGLE situation page on the "Electro-Plating Sertvices / I-696 Incident" says federal work originally "addressed the immediate hazards on the site, but was not intended to address all environmental impacts." 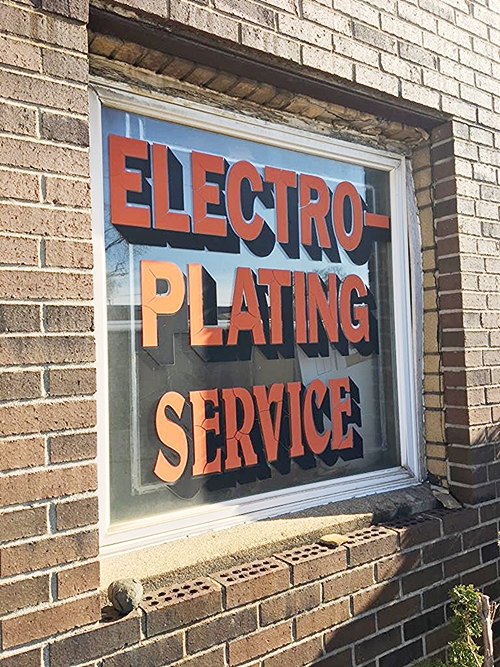 Environmental Protection Agency records indicate that much of the hazardous waste was dumped into an overflowing dirt pit. Clean-up crews emptied the pit and filled it with gravel, concluding that the site posed no immediate harm.

But now it appears chemicals seeped into the ground beneath the defunct factory before it found a path onto the freeway.